“Find a mentor and find a sponsor within your own firm as well, once you’ve joined the private equity industry. Then invest in yourself – keep growing and keep developing.”

In a recent video interview, Helen Steers, a Pantheon partner and co-founder of industry body Level 20, sits down with Private Equity International to discuss how mentorship can help the next generation of PE talent looking to forge a career in private markets. 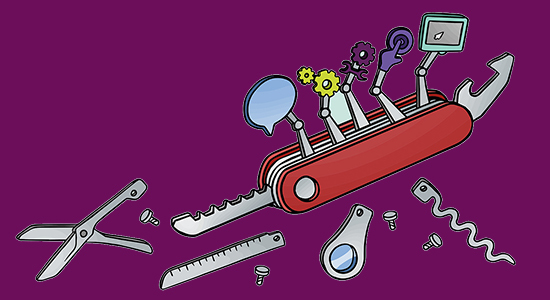 Agents of change
At a time when many emerging managers – and even some more established players – are struggling to attract LP eyeballs, how have placement agents had to adapt? That’s a question Private Equity International sought to answer in this month’s Deep Dive, which examines how these businesses have evolved in recent years to become financial Swiss army knives, boasting a range of services and offerings across the private markets that are no longer reliant on a single income stream.

Pandemic-related fundraising disruption appears to have benefited those with the capacity to lean on other sources of revenue. Some – like Triago – have found particular joy in fundraising for direct deals, with its revenues from this business line growing nearly 100 percent this year. “It has historically been difficult to find the right capital partner for directs, but we’re now having direct deals that are 8-10 times oversubscribed,” managing partner Matt Swain tells us. The firm has been advising on up to 20 such deals in 2021.

It’s not just directs that are becoming an increasingly important part of the placement agent stable, with secondaries advisory and ‘stealth fundraisings’ also driving growth during the pandemic. You can read more about how the placement agent model is changing with the times here.

PIF’s Hage hire
Saudi Arabia’s Public Investment Fund has appointed Tony Hage, a former senior advisor at LP advisory Mercer, as head of international PE, according to his LinkedIn profile. Hage, who joined in September, spent three years at Mercer and was a managing director at secondaries firm Bliss. PIF has reportedly made a number of senior hires this year, including Omar Jahidi, a former director for investment banking advisory at HSBC in Saudi Arabia, as a MENA investment director in August. The $430 billion sovereign wealth fund made global headlines last week with its acquisition of English Premier League football club Newcastle United.

Steady Source of capital
Source Code Capital, one of China’s fastest growing VC firms, has swollen its coffers once again. The Beijing-based firm on Monday collected 7 billion yuan ($1.1 billion; €940 million) for its fifth yuan-denominated flagship, per a Chinese-language statement. Fund V marks the latest in a string of recent closes for Source Code, having raised $1 billion across two dollar-denominated funds in March and 3.8 billion yuan for its fourth yuan flagship in October. These inflows saw the firm make its PEI 300 debut this year at 180 in the rankings. Chinese VC funds raised $6.6 billion in H1 and were on track to set a 10-year record, though recent regulatory actions targeting tech sectors could dampen appetites in H2. We’ll examine how firms are adapting to this new environment in November’s cover story.

Wisconsin’s road trip
With many in-person activities replaced by Zoom last year, LP capital flowed to well-established GP relationships and, unless the investor was comfortable with entirely virtual due diligence, new commitments were effectively impossible. Nearly two years later, the $157.9 billion State of Wisconsin Investment Board has begun travelling to meet with GPs again, our colleagues at Buyouts report (registration required). SWIB hopes face-to-face meetings will differentiate it against other LPs in an increasingly competitive market. “The ability to get access to the best managers is becoming harder,” said Scott Parrish, PE portfolio manager, at a recent SWIB board meeting.

Rosemont’s exit
Fund of firms pioneer Rosemont has agreed another exit. The Pennsylvania-based firm will sell its stake in outsourced CIO, investor advisory and wealth manager Clearstead to Chicago PE firm Flexpoint Ford, per a statement last week. Clearstead was held in the 2013-vintage Rosemont Partners III, which will have four remaining assets once the deal closes later this year. This marks Rosemont’s third exit of 2021, having agreed to sell wealth manager Litman Gregory in March and impact firm Boston Common in January. Rosemont, which has been acquiring stakes in the likes of equities managers, hedge funds and PE firms since 2000, has been investing since 2017 via an evergreen fund model.