“Our general theme is alternatives are going to become less alternative, and so we are following that very carefully.”

Speaking on a Q1 earnings call last week, BlackRock president Rob Kapito says that alts as we know it are going to change. 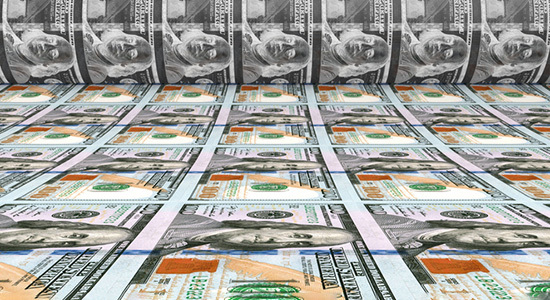 Pandemic? What pandemic?
Our preliminary fundraising numbers for the first quarter are in and things are looking darn good. A total 277 funds gathered $180.2 billion from January to March, the strongest first quarter since the financial crisis, according to preliminary PEI data. More than 40 percent of that figure came from the 10 largest funds, which includes the $15 billion KKR Asian Fund IV and the $11 billion Apax X. Growth equity funds are also set to make a comeback and accounted for 18 percent of the total capital raised for the quarter. Here it is in chart form:

A league of their own
Plans disclosed yesterday by 12 top football clubs to form a European Super League may result in their expulsion from existing domestic competitions. From the perspective of PE firms such as CVC Capital Partners and Advent International, which were last year linked to a €1.7 billion deal for the media business of Italy’s top-flight league Serie A, the loss of football’s most popular clubs could impact the appeal of leagues as investable targets.

“Posturing – that’s the first word that springs to mind,” Adam Sommerfeld, managing partner at Certus Capital Partners who brokers sports deals including for PE firms, told Side Letter this morning. As of 9am he was waiting on investor clients to get in touch about what they think the development means for them. Sommerfeld was quick to add that the details of the breakaway league are “not fully baked” and things could look very different by the end of the day.

We identified several unique risks that PE investors would have to grapple with when investing in sports in our Deep Dive last year, including relegation, player injuries and reputational risk. In European football, investors can add another one to their list: breakaway league risk.

Growth by name…
Thoma Bravo has become the latest PE giant to throw its hat into the growth equity ring. The $70 billion tech investor is targeting $3 billion for its debut fund targeting minority positions in private and publicly traded companies, per the Wall Street Journal (paywall). The launch builds towards what could be a record year for growth fundraising, as EQT comes to market seeking more than €1.6 billion for its debut fund and Carlyle Group launches its own offering aimed at fast-growing mid-market companies in North America. In March Blackstone said it had raised the largest ever first-time growth fund.

M2O hire
Boutique placement agent and secondaries advisor M2O has hired Michael Venit for its primary fundraising business, per a statement. Venit, who comes from Atlantic-Pacific Capital, will focus on advisory, project management and origination efforts.