“To the degree that GPs are concerned about that risk and they think that it’s a substantial risk, then clearly they need to be looking at the leverage levels of the companies they’re invested in and be working with them to try to reduce these risks.”

In Private Equity International‘s latest Spotlight podcast, Nick Brooks, head of economic and investment research at ICG, discusses the biggest things GPs should be concerned about in an era of potential interest rate rises. 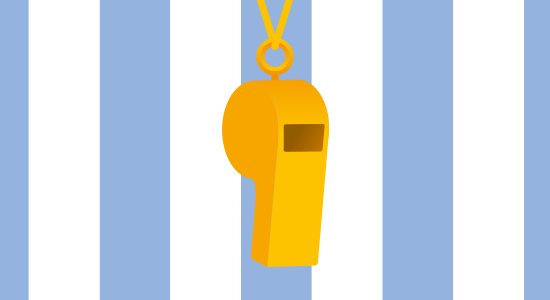 European football giant Real Madrid has disclosed plans to carry out civil and criminal legal actions against CVC Capital Partners, one of its managing partners, and LaLiga president Javier Tebas Medrano. The club is hoping to block a €2.7 billion deal that would involve LaLiga, the top division in Spanish men’s football, creating a new business that would take control of most of its activities and in which CVC would own a 10 percent stake. The transaction will be subject to a vote of 42 Spanish clubs on 12 August.

In a Spanish-language statement, CVC said the legal action was “totally disproportionate and unfounded”, adding that it reserved the right to take any available legal action to defend itself.

This isn’t the first time PE has encountered pushback from the sporting world. In February, seven of Italy’s largest clubs moved to block a €1.7 billion deal for a 10 percent stake in a unit managing the Italian league’s media business by CVC, Advent and Italian fund FSI, according to Reuters. In May, Germany’s Bundesliga cancelled a proposed sale to PE investors following discussions with its clubs. Such moves illustrate the specific risks PE investors may face when doing deals in the live sports arena, as PEI noted last year.

Sports assets have become hot property during the pandemic, as a combination of rising valuations, a need for liquidity on behalf of stakeholders and a highly fragmented industry that could benefit from greater operational efficiencies has turned the sector into an attractive bet. If these latest football bids are anything to go by, it would seem the feeling isn’t entirely mutual.

ICYMI: Ares Management sacked its chief financial officer, Michael McFerran, this month over “inappropriate personal relationships and interactions with certain employees,” per a Monday filing with the US Securities and Exchange Commission. Some key details:

Late to the SPAC party

The UK’s updated listing rules for special purpose acquisition companies came into effect yesterday. The tweaks – detailed late last month – include safeguards enabling a ‘redemption’ option for investors to exit a SPAC prior to any acquisition being completed. The UK’s previously prohibitive rules had prompted SPAC sponsors to instead list in Amsterdam. We can’t help but wonder whether these efforts have come a tad late: just $14.6 billion was raised over 76 SPACs globally in Q2, a steep decline from the $95.5 billion raised over 310 SPACs the previous quarter, according to Refinitiv.

UK PE firm Cairngorm Capital Partners said it had closed its third fund this morning on its £200 million ($276 million; €236 million) hard-cap. The fund is almost double the size of its predecessor, a £107 million 2017-vintage vehicle. All existing investors, including European funds of funds and charitable trusts, increased their commitment for Fund III, and new investors this time around included a number of North American endowments.

This 20-year study of US state pension performance from research and investment due diligence firm Cliffwater is well worth a read. Overall, the study was downbeat on returns: poor performance in the first decade (2001-10) failed to compensate for a better second decade (2011-20), and there was a 2 percent performance deficit compared with actuarial rates over the 20-year period.

Among the other key findings: diversification hurt performance more than it helped control risk; return was not correlated with risk taking; and the difference between first- and fourth-quartile performance was worth $167 million in any year for an average size fund. There was good news for alternative assets, with private equity and real estate in particular benefitting performance.