“It paints a picture for the public and board that emerging managers are incontrovertibly risky. The board must end this deleterious characterisation of emerging and minority managers. Speculation, stereotyping, implicit and explicit bias cannot substitute for facts.”

LACERA board member Wayne Moore takes exception to a line from a staff-prepared presentation on its emerging manager programme containing “inherently pejorative” language. 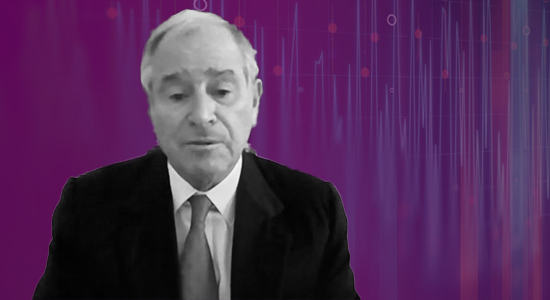 Biden’s softer tone
Blackstone founder and chief executive Steve Schwarzman expects US-China tensions to cool under the incoming Biden administration. Speaking at the Asian Financial Forum on Tuesday, Schwarzman said it seemed “exceptionally odd and unproductive” for the world’s two largest economies not to co-operate with one another. “It will take some time but I think in areas like climate, health, terrorism, as well as some economic issues… there’s a really, very substantial overlap in the interests of these countries and the interests of the world, so I expect to see much less tension.”

Discord between the two governments has threatened to spill over into private markets. Industry participants in Asia warned last year that uncertainty around trade tensions, concerns around exposure to technology and heightened scrutiny from the Committee on Foreign Investment in the US had impacted fundraising activity for Chinese GPs.

Will Schwarzman’s predictions play out? It is hard to say, but there are reasons to be optimistic. Antony Blinken, Biden’s nominee for secretary of state, told a confirmation hearing at the Senate Foreign Relations Committee on Tuesday that he agreed with Trump’s tougher stance on China but disagreed with his tactics, pointing both to “rising adversarial” and “some co-operative” elements of the relationship.

CIC’s direct action
On the subject of China, China Investment Corporation, the world’s second largest sovereign wealth fund, plans to increase its alts exposure by streamlining the fund’s direct investment processes overseas, according to Bloomberg. The $1 trillion institution formed two committees in January to approve investments in public and non-public assets, taking over responsibility from CIC International and CIC Capital. CIC has a 42 percent exposure to alternatives and aims to have as much as half of it in PE, real estate and infrastructure by 2022.

PG’s realised potential
Partners Group ended 2020 with underlying portfolio realisations of $11.8 billion, $800 million more than it reported the year before, according to its annual results call last week. Though the firm said last year it had de-prioritised exits due to the impact of the pandemic, its realisations were due to cash distribution transactions that were signed in 2019, for which cash was collected in 2020, co-chief executive David Layton said on the call. The firm is bullish on fundraising for 2021, expecting between $16 billion and $20 billion of client commitments.