“If international investors, whoever they are, are keen to invest their capital in the UK, that is something that is good news for our economy.” 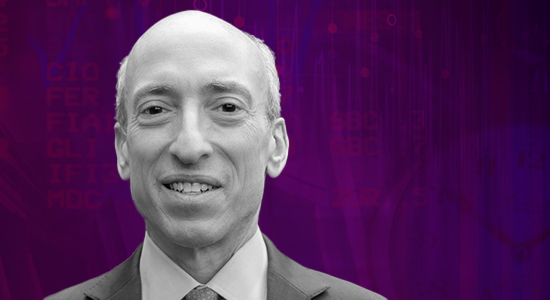 Gensler’s fee warning
Private funds managers were geared up for a more aggressive stance from US Securities and Exchange Commission chair Gary Gensler, but his latest comments may still have come as a surprise. In testimony before a Senate committee on Tuesday, Gensler said the commission is exploring “reforms” for private funds around conflicts of interest and disclosure of fees.

“I believe we can enhance disclosures in this area, better enabling pensions and others investing in these private funds to get the information they need to make investment decisions,” Gensler said, per a transcript of his testimony. “Ultimately, every pension fund investing in these private funds would benefit if there were greater transparency and competition in the space.”

The SEC’s main tool to implement reform is through rulemaking, which could indicate it leaning towards a more streamlined process for fee and expense reporting. This could take many forms, including one that looks similar to the template provided by the Institutional Limited Partners Association.

KWAP priorities
Malaysia is home to some $400 billion of LP capital “flying quietly” into PE, as PEI reported back in May. These institutions aren’t typically known for their prolixity, so we were particularly interested to hear Rizal Mohamed Ali, a vice-president for responsible investment at Kumpulan Wang Persaraan, telling delegates of Private Equity International‘s Responsible Investment Forum: APAC Investor Day this morning what the 141 billion ringgit ($34 billion; €29 billion) pension looks for in potential GPs. What do you need to know?

Triago appointments
Placement agent Triago has named Matt Swain, formerly a partner, and founding partner Victor Quiroga as co-heads of the Americas, newly created posts in New York, per a Thursday statement. Swain has been promoted to managing partner as part of the move, which follows the appointment of Valerie Auffray, former head of investor relations at Apposite Capital, as partner and head of UK operations earlier this month.

PE’s time to shine
PE is expected to be the most available source of financing for European M&A over the next 12 months, according to a survey by law firm CMS. Close to three-quarters of respondents, which comprised corporates, non-bank lenders and PE firms, also said PE firms are better placed than strategic buyers to take advantage of buying opportunities due to a need to get their fund deployment schedules back on track. PE firms deployed €186.9 billion across 1,139 buyouts in the region during H1 2021, more than double the €79.9 billion invested over 603 deals during the first six months of 2020.

This month, Kirkland & Ellis hired Sofia Martos as a New York-based partner in its ESG and impact practice – the latest recruit in a hiring spree that has seen this team grow from three to seven partners in five months. Likewise, Travers Smith added Simon Witney as a senior consultant focused on sustainable finance and ESG last year, while Latham & Watkins and Herbert Smith Freehills are growing their capabilities in this space by training attorneys and, in HSF’s case, actively recruiting.

SoftBank’s LatAm return
SoftBank has committed $3 billion to its second Latin America Fund, per a statement. The Japanese tech conglomerate plans to explore opportunities to raise additional capital for the vehicle. Its 2019-vintage $5 billion Latin America Fund I has so far generated an 85 percent net IRR in US dollars. The fund has deployed $3.5 billion across 48 companies with a fair value of $6.9 billion as of 30 June, including 15 of Latin America’s 25 unicorns.