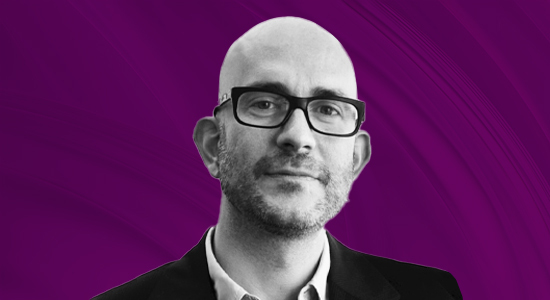 The future of private equity is digital
Is tokenisation of private equity funds inevitable? That’s unclear. What is clear is that brand name firms including KKR, Partners Group and Hamilton Lane reckon there’s a growing market for raising capital from smaller investors by creating tradeable digital shares in their PE funds.

For Carlos Domingo, founder and chief executive of digital assets firm Securitize, which partnered with KKR in September to digitise a portion of its $4 billion Health Care Strategic Growth Fund II, there’s no reason why 100 percent of a private equity fund can’t be tokenised.

Tokenising private funds is a similar story, according to Domingo. “[Institutional investors] are the ones using workstations today,” he says. There is a perception that this technology is not mature enough to solve institutional LPs’ problems or to be integrated into their workplaces, so the right people to adopt tokenisation are the investors that do not have access at all, he adds.

“I believe, long term, we’ll shift from democratisation to digitalisation of the entire space.”

Barriers do remain. Institutional LPs may find it tricky to get comfortable with tokenisation from a custody perspective, while many non-institutional investors require education on the finer points of PE investing (the J-curve and 10-year lock-ups, to name a few). Still, should tokenisation take off in a big way, according to Domingo, there’s a market of 13.6 million accredited investors collectively managing $75 trillion to be tapped – and that’s in the US alone.

While the spotlight is on Egypt…
As Sharm el-Sheikh hosts Cop27, the UN’s annual climate conference, Side Letter readers may be keen to check out our latest special report on impact investing, which delves into climate as a theme in focus. Impact funds such as those managed by EQT and TPG are seeing growing appetite for climate opportunities from investors. Regulation in both the EU and US will also drive increased activity in the space, market participants note in the report.

Find out more about how transforming to a low carbon-economy is one of the biggest investment opportunities here.

Hummelmosey-ing on
Morten Hummelmose, a 16-year veteran of EQT and head of capital raising, is stepping down from his role, according to a statement. He has served in a variety of roles since joining the Northern European private equity giant in 2006, and will remain a member of the EQT foundation and part of its investment committee. Hummelmose succeeded Jussi Saarinen as head of capital raising at EQT in 2020, following the latter’s departure from the firm.

EQT has also tapped a partner from KKR as chief commercial officer to lead its external commercial activities, the statement notes. Suzanne Donohoe, a former Goldman Sachs partner, will join in January.

Earnings update. Eurazeo released its Q3 2022 results this morning, with some impressive figures in the mix: assets under management reached €32 billion as of end-September, up 20 percent compared with same period last year, while management fees were up 22 percent, reaching €280 million. Here are some of the key figures from its earnings report:

UK dealmaking. Private equity dealmaking in the UK had a drastic decline in the past year amid political and economic instability. Transaction volume fell 20 percent year-over-year with 440 deals completed in the 12 months to 30 September, according to a report from private market tokenisation platform ADDX. In the last three months, 80 PE transactions have completed, down 42 percent on the third quarter last year.

Not all GPs are worried about the drop in UK deal volume. “We are very often not under an enormous pressure to exit something,” the managing partner at a London-headquartered mid-market firm tells Side Letter.

“Let’s just wait a little bit and see. Things may well turn differently out and we will [exit] a little bit later… It’s probably going to translate into a slightly, or maybe more than slightly, longer hold period, which obviously many of us can afford. We can stay a little bit longer with our portfolio companies – we don’t need to part with them.”