“I’ll give you a short answer: no”

On Friday’s fourth quarter earnings call, Brookfield chief executive Bruce Flatt said that “fatigue among LPs” would not be a problem for the Canadian juggernaut’s fundraising ambitions in 2022. 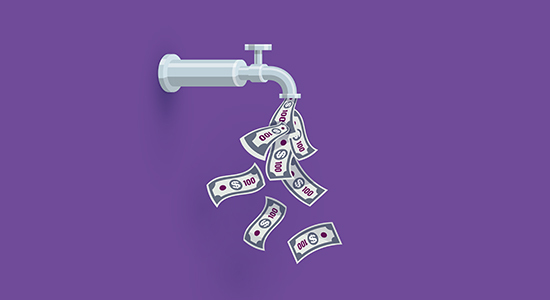 How to win friends and influence secondaries
In recent weeks, we’ve seen two examples of an unusual phenomenon: GP-led deals with minimal or no secondaries capital. Yesterday, Blackstone said it had recapitalised Netherlands-headquartered logistics giant Mileway in a deal that valued the business at €21 billion, which it called the “largest private real estate transaction ever”. LPs were given the option to retain their holdings, increase their positions or exit for cash, with a “large majority” choosing to stick around, per a statement.

Last week, affiliate title Secondaries Investor reported (registration required) on a $3 billion deal in which Global Infrastructure Partners moved ports operator TIL Group into a continuation fund. The deal was digested entirely by existing investors rolling with the same or enlarged positions, with no secondaries capital required at all.

The logic behind each deal is clear – both targets were clearly viewed as winners in asset classes defined by long-term horizons. There could, however, also be a broader significance to the transactions, with the secondaries market having previously struggled to attract new sources of capital to digest all the single-asset deals that could be done. Secondaries funds are restricted by concentration limits and the number of institutional LPs that want to participate, either as a lead or syndicate investor, has remained limited.

As one senior European adviser tells Side Letter, going to existing investors first and using secondaries capital to plug any gaps transforms the process from a deal into a fundraise – a mode of investment that LPs are far more comfortable with. “You need to deal with the institutional market like the institutional market wants to be dealt with,” the adviser notes, “rather than pushing it into doing a secondary.”

To lure or retain top talent, firms have reportedly started offering perks such as buying out a candidate’s accrued carried interest from their current job, or even doubling it, and multi-year guaranteed cash payments. More than half of the North American respondents to Heidrick & Struggles’ latest PE compensation survey reported an increase to base salaries in 2021 and expect an increase of 20 percent or less this year. More than two-thirds also received a larger bonus.

Private wealth units in particular have benefitted from aggressive hiring in recent months. Blackstone, KKR, Ares Management and Carlyle, among others, have bulked up their teams as the wealth management channel becomes a more viable source of investor capital. Apollo, for its part, added a record 424 employees in 2021, driven in part by adds in its wealth unit.

To be continued?
While we’re on the subject of secondaries, one of the biggest growth areas in private markets could have its wings clipped by the US Securities and Exchange Commission’s latest proposals. The regulator wants all sponsors carrying out GP-led deals to obtain a fairness opinion to ensure the price falls within a “range of reasonableness” and to share with LPs a “summary of any material business relationships” they have had with the fairness provider in the past two years, including matters related to audit, consulting, capital raising and investment banking. Affiliate title Secondaries Investor has a more detailed breakdown here (registration required).

The proposals are intended to furnish LPs with the information they need to evaluate whether conflicts of interest might result in a biased opinion. Most GP-led processes already involve a third-party fairness opinion, so little is likely to change in this regard. The disclosure of the relationship between sponsors and opinion providers could, however, throw a spanner in the works of deals that LPs believe to be conflicted. The exact nature of these disclosure requirements should become clear at the close of a 60-day period of public comment, which began last week.

Astorg’s debut delight
Paris-based Astorg Partners has raised €1.3 billion against a €1 billion target for its inaugural mid-cap fund, per a statement. Though a majority of investors were longstanding LPs, the firm also secured commitments from several new blue chip institutional investors, a spokesperson tells Side Letter. It made a 3 percent GP commitment to Astorg Midcap, which will back European companies with enterprise values of between €100 million and €500 million. About 20 percent of the fund has been deployed thus far.

Stirling changes hands
Alex Stirling, a former senior managing director at Centerbridge and Carlyle alum, has joined a new Temasek subsidiary. Stirling, who was a managing director for European buyouts at Carlyle before his departure in 2017, joins 65 Equity Partners as a partner in London, according to a post on LinkedIn.

65 Equity was launched last year to pursue equity and structured equity investments at home and further afield. It will manage an initial S$4.5 billion ($3.3 billion; €2.9 billion), of which just under half  will target minority positions in mid-market companies across Europe and the US by co-investing alongside local family offices and funds. More on that firm here.

CPP Investments approved $943 million-worth of private equity commitments across seven vehicles in Q3 of fiscal 2022, according to a statement. These commitments (USD) comprise:

With a 21 percent target, CPP Investments allocates 30 percent of its total investment portfolio to private equity, which encompasses C$165.1 billion in value. CPP Investments’ recent private equity commitments have tended towards North American or APAC-focused vehicles that invest under the venture or buyout platforms.

For more information on CPPIB, as well as more than 5,900 other institutions, check out the PEI database.