“To everyone out there raising capital, don’t worry you are not alone. We are all feeling the pain right now.”

A VP of fundraising at a global PE firm says that LPs nowadays are decreasing PE commitments and holding their re-ups to a higher standard than before at the PEI Investor Relations, Marketing & Communications Forum on Thursday. 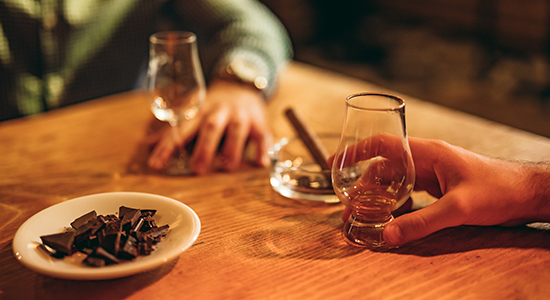 PE is a people business, but it could turn into a numbers game.

That was a fear expressed by attendees at the fully virtual Investor Relations, Marketing & Communications Forum last week. Specifically, IR folk are worrying the pandemic-induced move to online vs in-person meetings could change private equity from a “character-driven, relationship business to a ‘what are your returns?’ [business]”, as one senior IR exec put it (full story here). In an earlier panel, an LP had dismissed the idea that they could ever make a commitment to a GP without an in-person meeting: “It would be extremely difficult. Our model is extremely people oriented.”

We are used to the idea that relationships matter in private equity. They matter when securing access to oversubscribed funds. They matter when persuading limited partners to invest when past performance may not be a good indicator of future returns. They matter – to some extent – because investors are suspicious of performance data: better to understand the individuals making the next investment, than the performance of the firm’s previous investments.

This raises the question of whether this relationship-based market is best for investors. Is a commitment agreed over dinner or on the golf course likely, on average, to produce better returns than one cemented at a cool distance? Might personal chemistry obscure an important red flag? Could a reliance on personal connection be exacerbating a lack of diversity among managers as fund investors gravitate to managers with a certain background?

I’d love to hear your views on this, especially if it is a resounding ‘no’: toby.m@peimedia.com

Although tech-focused Tenzing Private Equity raised its $500 million Fund II in nine weeks without a single face-to-face meeting, it doesn’t foresee an all-virtual future, its client services head writes in Private Equity International: “The more formal side of the business, such as quarterly updates or AGMs … could move to virtual,” according to Liv Simpson, who worked with Evercore on the fundraise. “This calendar of set piece events might then be punctuated by more relaxed and personal catch-ups than we are used to seeing.” The key to raising money over Zoom or Skype? Positive body language, tight messaging and plenty of dress rehearsal.

Blackstone and Advent International are easing staff back into office life by introducing coronavirus testing and paying for taxis to the office, reports the Financial Times (paywall). Returning to the offices of both firms is optional, the report notes.

Veteran investor Kim Lew is joining Columbia Investment Management Company, which manages the Ivy League university’s $11 billion endowment, as its next president and chief executive after incumbent Peter Holland announced in January he would be retiring at the end of September. She starts in November. Lew, regarded as a highly sophisticated private equity investor, steps into the position from the role of chief investment officer at Carnegie Corporation of New York, having joined the foundation as director of investments in charge of private equity in 2007. Columbia’s recent investment returns have been languishing compared with its peers: the endowment posted a 3.8 percent return for the fiscal year ended 30 June 2019. It has just under a 20 percent allocation to private equity, per PEI data.

Sustainability-focused firm Ambienta has hired two new partners and opened an office in Paris, its fourth location after Italy, Germany and the UK (press release). Gwenaëlle Le Ho Daguzan joins from Bridgepoint and Hans Haderer joins from BC Partners.

The Economist’s Buttonwood column calls for better industry-wide data as private equity prepares to welcome an influx of Main Street investors. We reached a similar conclusion back in February.