“We are seeing continuing interest from GPs without being prompted… Five years ago, I cannot imagine being at any IC meeting where a comment from an IC member is: ‘This is the least diverse team I have ever seen; do we want to support them?’ Now that is a comment that is not uncommon.”

Shruti Chandrasekhar, head of SME ventures and start-up catalyst at the International Finance Corporation, discusses its efforts to address gender disparities in PE. 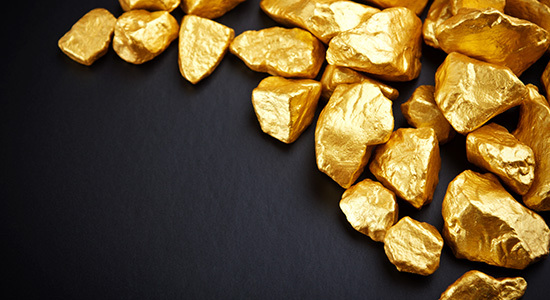 Silver Lake strikes gold…
Silver Lake has raised the world’s largest tech-focused PE fund. The Californian giant collected $20 billion for Silver Lake VI against an $18 billion target. Details here. The fund had been in market since January last year and includes a $500 million GP commitment. PE firms held more than $500 billion worth of final closes last year, the third-highest total since 2015, according to preliminary full-year PEI data, which we will publish shortly. However, the 902 funds closed was the lowest total over that period as travel bans and uncertainty prompted a flight to familiarity for LPs.

…And has a sporting chance
On the subject of Silver Lake, the firm has been linked this week to the acquisition of a minority stake in New Zealand Rugby, home of the legendary All Blacks national team, per Sky News. Silver Lake has already made a name for itself in the sporting world with its purchase of a stake in Manchester City owner, City Football Group, last year. The PE industry has developed a keen appetite for sports investments of late, as we explored in our Deep Dive last year.

Exponent-ial growth
UK PE firm Exponent has tapped a former EQT MD to head up its Benelux efforts. Jeroen Regeur’s responsibilities will include building out Exponent’s business in the region, with a view to opening an office in Amsterdam, per a statement. Regeur, who will split his time between Amsterdam and London, joined EQT in 2013 from TPG and also helped establish its Benelux business.

LatAm’s HNWIs on hold
Wealthy Latin Americans are waiting for markets to recover from the pandemic before pondering any further moves into private equity. That is according to PEI‘s latest Emerging Markets report, which found that high-net-worth individuals in the region are turning to semi-liquid alternatives such as global opportunities funds, private debt and hedge fund-type strategies to generate returns in the near-term. Alternatives AUM in Latin America had previously been on track to double between 2018 and 2025.

Ham Lane’s SPAC
Hamilton Lane‘s special purpose acquisition company began trading on the NASDAQ yesterday, raising $240 million, per a statement. The vehicle, first disclosed in December, can pursue deals in any industry or geography and will avoid companies in highly cyclical sectors such as upstream and midstream energy, commodities or real estate.

TRSL has a 14 percent target allocation to private equity that currently stands at 18 percent.