“As an LP that needs to put money to work rather than having significant contingent liabilities, I have mixed feelings on this topic. There is a clear advantage in short-term lines of perhaps three months to smooth fund operations, but long-term facilities are unhelpful to us.” 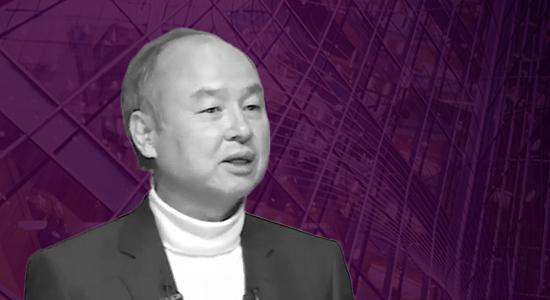 SoftBank’s incentive
SoftBank has tweaked an employee incentive on its $98.6 billion Vision Fund. The conglomerate’s $33.1 billion commitment to Fund I previously included $5 billion earmarked for an incentive scheme reportedly used to loan staff money to buy into the vehicle. However, this figure has now been slashed to $2.5 billion, per a footnote in the firm’s latest earnings statement, published Monday. The implications of this change are unclear. However, Fund I is known to have struggled with performance in recent years. The firm has committed $10 billion of its own money to Vision Fund II before seeking third-party capital as a result.

The ESG pipe dream
A lack of reliable data is commonly cited as one of the biggest obstacles to PE’s push on ESG. PEI‘s latest Responsible Investment Special explores whether real-time data around non-financial KPIs is a pipe dream. Spoiler alert: while the technology and expertise to communicate these statistics with regularity already exists, don’t expect it to happen any time soon.

Also under the microscope today: diversity and due diligence. While conducting ESG due diligence on a target has become commonplace, PEI profiles a UK GP that has gone a step further to create a proprietary methodology spotlighting potential ethical, integrity and reputational issues. We also look at an emerging markets firm with a fund dedicated to improving the living standards of women in South-East Asia.

Palicalls
Here’s another tool for virtual fundraising. Fintech platform Palico has added what it says is the world’s first video service integrated into a digital PE fundraising platform. Palicalls is an encrypted video conferencing tool (video here) hosted directly on Palico’s platform. LPs and GPs can book video meetings via a dedicated dashboard that includes all fundraising materials. It is set to roll out additional features, including a webinar tool for GPs – as a part of an electronic road show in the coming months, according to a spokesman for the firm.

LPs on film
How do LPs really feel about virtual due diligence? That’s one of the questions asked by Nicole Douglas, head of investor research at PEI, in a recent video interview with private markets investors and advisors. Douglas caught up with Andrea Auerbach, head of global private investments at Cambridge Associates; Simon Faure, managing director at M&G Private Fund Investments; Claire Madden, managing partner of Connection Capital; and Chris Schelling, managing director at Windmuehle, to discuss the slew of challenges faced last year and what they expect to happen next.

Defaults declining – at least for now
Is the crisis already over? Proskauer’s latest Credit Default Index shows the level of defaults in senior secured and unitranche loans falling to 3.6 percent in the fourth quarter of last year. This represents a continuing improvement from the second and third quarters, which had default rates of 8.1 percent and 4.2 percent respectively.

“The decline in the default rate reflects the improvements we are seeing across our practice. Private credit lenders are continuing to work with their borrowers to provide the liquidity and flexibility that they need to navigate through these uncertain times,” said Stephen Boyko, co-chair of Proskauer’s corporate department and private credit group.

That’s the good news. Worth bearing in mind that the default rate was typically around the 2 percent mark pre-covid-19, so today’s success story is relative. Furthermore, let’s not forget the support schemes that have propped up companies in the short term and which may yet fall over.

Most of the Taiwanese insurer’s recent private equity commitments have been made through buyout funds across different sectors in North America.

Today’s letter was prepared by Alex Lynn with Andy Thomson and Carmela Mendoza.