“In today’s environment, as prices continue to go up, our emphasis will be on keeping our head down and investing heavily in capabilities to create our own deal opportunities”

Scott Sperling, co-CEO of Thomas H Lee Partners, tells affiliate title Buyouts that the firm is seeing more opportunities being priced at levels that exceed where the intrinsic value of a company might be (registration or subscription required). 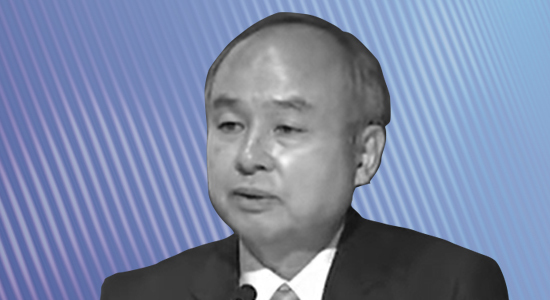 Masayoshi Son (pictured) is putting his money where his mouth is. The SoftBank chief has secured board approval for a co-investment scheme to bolster alignment of interest in the firm’s second Vision Fund, according to an earnings statement issued today. As part of the scheme, the fund’s assets will be transferred to a subsidiary in which Son owns a 17.25 percent equity stake. He hopes to distribute some of this risk to his colleagues at a later date.

This is the second time Son has attempted to launch such a scheme. He gained permission for a similar move in Vision Fund 1, though the plan was scrapped before implementation after a decline in the conglomerate’s share price left him and his colleagues short on cash.

SoftBank has so far committed $40 billion of its own capital to Vision Fund 2 after initially struggling to secure third-party interest. Though Son again insisted today that the firm had no need at present to raise external capital, a public show of alignment with potential investors would be a good place to start. Find more details about the scheme here.

It’s a sign of the times when an alternatives giant inks its first deal in a market everyone wants a piece of. That’s what appears to have happened with Apollo Global Management, which Side Letter understands was the backer of a single-asset secondaries process involving online advice platform Ingenio. San Francisco-headquartered Alpine Investors last week said it had raised $232 million of additional equity capital as part of a broader $462.4 million process to move Ingenio out of its 2013-vintage fund into a continuation vehicle. The statement did not disclose where the capital came from. A source familiar with the transaction tells us seed capital from Apollo’s Hybrid Value unit was involved, confirming a May report by our colleagues at Secondaries Investor (registration required). “Apollo has emerged as a credible lead investor – they’re going to be a creative participant [in the secondaries market],” says an industry veteran familiar with the deal. No word on whether staff at Ingenio, which owns platforms including Astrology.com and PsychicCenter.com, saw this deal coming.

“The information is already being filed and shared with the SEC,” says ILPA’s senior policy counsel Chris Hayes, “so there is no additional compliance burden to share it with LPs in their funds, subject to similar confidentiality protections if required.”

Anyone can lobby the US federal government for anything, but ILPA finds itself with a lot more clout in Washington, DC under President Biden than it had under his immediate predecessor. Commission chairman Gary Gensler has already endorsed ILPA’s arguments about fund advisers outsourcing their fiduciary duties, and many of his reform priorities graph neatly on to ILPA’s requests.

A group of UK pension funds representing more than £1 trillion ($1.4 trillion; €1.2 trillion) last week signed a charter to help standardise how GPs disclose diversity metrics, our colleagues at New Private Markets report (registration required). The charter was written by the Asset Owner Diversity Working Group, which includes Brunel Pension Partnership and Railpen. It provides LPs with a GP questionnaire and a supporting document to manage monitoring and selection. Here are some questions GPs will be asked:

For the first RFP, the pension plans to commit a total of 200 billion won ($175 million; €148 million) to at most three private equity managers. Each eligible manager should manage a fund of at least 200 billion won.

For the second RFP, Korea Post Insurance, the investment unit of Korea Post, plans to commit a total of 60 billion won to at most three venture capital managers. Eligible managers should manage a fund of at least 80 billion won.

The submission deadline for both RFPs is 23 August. A decision is due to be put to the investment committee in mid-October.