Eyes of the law

Behind every great fund, deal and restructuring is a great lawyer. We show the industry’s legal brains the attention they deserve in our annual Legal Special, in which we explore the most pressing challenges (and remind ourselves how lost we’d be without them). First up, what are the five hot topics on lawyers’ minds? Given how much they’ve grown in popularity in the last 24 months, it perhaps shouldn’t be a surprise to see GP-led restructurings on the list.

California’s second biggest public pension has approved plans to restructure its roughly $20 billion PE portfolio to make way for a “non-traditional” programme that will use different benchmarks to reflect expected lower returns. On special mandates, CalSTRS plans to back next-gen GPs and renewable energy managers.The move comes as the pension plans to double its co-investments over the next three to four years.

Abraaj LPs get a little closure

How long does it take for a firm to be dissolved? Around 14 months, apparently. Following Colony Capital’s acquisition of Abraaj’s LatAm business in April, TPG has agreed to acquire the firm’s Growth Markets Health fund, the vehicle at the heart of the alleged Abraaj scandal. TPG Growth, which also manages The Rise Fund, will manage the vehicle,  renamed The Evercare Health Fund. We understand Evercare is the same size as the Healthcare fund ($1 billion) and will be managed by a team in Dubai, although a spokesman declined to comment on whether these are former Abraaj personnel.

Speaking of TPG, sister title Buyouts is reporting that the firm is giving LPs in its 2011-vintage Growth II Fund the option to sell their stakes (paywall). The deal could be worth more than $1 billion and would be structured as a simple tender offer with no stapled capital.

Heavier impact. While larger asset managers are raising over $1 billion dollar impact funds, LeapFrog Investments’ $700 million capital raise for its third fund was cause for cheer among the impact investing community at an event at The Rockefeller Foundation last Friday. LeapFrog’s “fighting-weight-size” fund means impact investing has reached early maturity and demonstrates it is a “legitimate investing category” and “a safe place to play”, says Providence Equity Partners’ Richard Parsons. Prudential Financial, OPIC and IFC are leading investors in LeapFrog’s third fund which has almost 40 institutional investors.

PEI reporter Preeti Singh will be in Washington, DC for the next few days for the IFC/EMPEA Global Private Equity Conference. Also heading to DC? Drop her a line here.

CalSTRS calling. Last week CalSTRS also announced plans to hire an investment consultant to help manage its “Collaborative Model”, which aims to achieve an efficient balance between internal and external asset management. Here’s a breakdown of the $228 billion pension plan’s portfolio. For more information on CalSTRS, as well as more than 6,700 other institutions, check out the PEI database.

“He has some work to do on the definition of purpose still, but the direction is right and it’s revealing.” 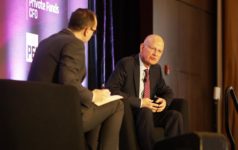 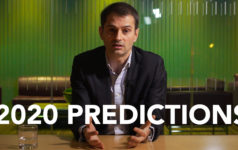 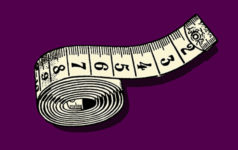 Fundraisers 8 hours ago
Added to your Saved Articles
Loading
Unsave Article
Please confirm you would like to remove this article from your saved articles.
Share with other subscribers
Only logged in subscribers of this site will be able to access the shared article.