“PE firms think of banks as a necessary evil, often helpful but not entirely trustworthy”

Gustavo Schwed, a New York University professor and former executive at Providence Equity, tells the Financial Times (paywall) that incentives for investment banks to push deals that generate their fees do not endear them to GPs. 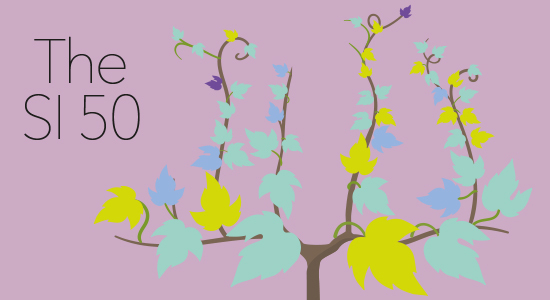 Ranking the world’s largest secondaries firms
Hot off the press: the SI 50, the exclusive ranking of the biggest secondaries fundraisers, is out today. The 50 firms that comprise this year’s list have amassed $311.49 billion for the strategy over the last five years – a figure larger than the gross domestic product of Chile. We expanded the list from 30 firms to 50 this year to better reflect the secondaries market’s growing number of participants. Even so, on a like-for-like basis, the top 30 firms in this year’s list have raised a whopping 73 percent more than the top 30 firms in 2016 when we first launched the ranking.

See which firms made the list and read about how players are increasingly focusing on specialist strategies within the sub-sector here.

CVC’s boomerang
CVC Capital Partners has returned to Australia nearly a decade after pulling out of the country. Europe’s largest PE firm has tapped Brett Sutton, who led Affinity Equity‘s business Down Under, to oversee the launch of a Sydney office, per a Wednesday statement. CVC pulled out of the market in 2012 after losing A$1.8 billion ($1.3 billion; €1.1 billion) on its leveraged acquisition of media company Nine Entertainment, per the Australian Financial Review.

Excessive leverage will not be a part of its Australia strategy this time round, Sutton told the Australian Financial Review this morning. “I think everyone learnt a lot of lessons throughout the global financial crisis – the main one being gearing is a very risky place,” he said. “I think most people are not going to those very lofty levels of gearing inside the business.”

ATP’s record half
Danish pension ATP has reported its best first-half results to date. The institution made a DKr25.7 billion ($4.1 billion; €3.5 billion) profit in H1, which it attributed to listed equity, private equity and inflation-related instruments (statement here). It comes as ATP gears up to launch a strategy called Long Term Danish Equity that aims to invest DKr6 billion over an initial three-year period in local businesses. More details on those plans here.

Carlyle/MN Co-Invest is a separately managed account with The Carlyle Group that will primarily pursue similar investments to Carlyle Partners VIII.

Minnesota SBI allocates 11.2 percent of its investment portfolio to private equity. Its recent commitments to the asset class have employed a wide range of strategies across multiple sectors.

For more information on Minnesota SBI, as well as more than 5,900 other institutions, check out the PEI database.

Today’s letter was prepared by Alex Lynn with Adam Le