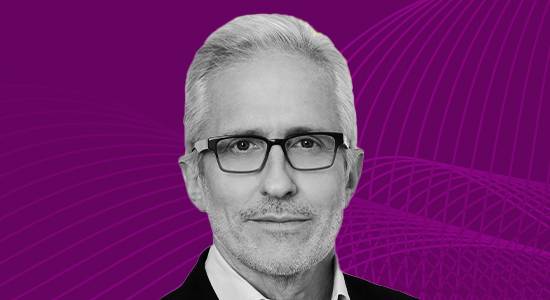 “Amidst the complicated market backdrop that we’re all experiencing, one of the real bright spots across our dashboard is what’s happening in the climate-related space,” executive chairman Jim Coulter told analysts. Next year may see new adjacent products to the current fund, while 2024 is likely to involve the launch of a new flagship.

Coulter attributed climate’s growth in part to the Biden Administration’s Inflation Reduction Act, which created billions of dollars of stimulus for renewable energy. Within TPG’s climate portfolio, this “dramatically changes” the expected cashflows from its existing portfolio and “dramatically opens up” the number of companies and projects it can potentially back in future. Other drivers include REPowerEU, the European Commission’s programme for addressing energy disruption caused by Russia’s invasion of Ukraine, and this year’s “lousy weather”.

Some other highlights from TPG’s earnings:

China’s resilience
Reports of China’s fundraising woes appear to have been greatly exaggerated. The market gathered $28.1 billion for private capital funds in the first three quarters of this year, narrowly beating the $27.8 billion collected over the same period last year, according to a report from the Global Private Capital Association this week.

Its robust performance in spite of regulatory and geopolitical tensions was driven in no small part by VC, with Sequoia China and Qiming Venture Partners raising $8.8 billion and $3.2 billion respectively. Southeast Asia, India and Latin America recorded the biggest increases of any emerging markets, with totals climbing 142 percent, 93 percent and 57 percent respectively from the prior period.

To Infinite and beyond
A South African mid-market firm has spun out from Ethos Private Equity, per a Thursday statement. The team behind the 2018-vintage Ethos Mid Market Fund will continue to manage the 2.8 billion rand ($157.6 million; €157.1 million) vehicle under the name Infinite Partners. It will be led by chief executive Edward Pitsi and partners Titi Sekhukhune and Tabane Matheolane. Ethos will own a 25 percent stake and have board representation.

Infinite is interesting for a number of reasons. It has 100 percent black representation and 75 percent of the investment staff are women. “The team and I shared an ambition to be more independent and pursue diverse investment strategies, including long dated capital,” Pitsi said in the statement. “Beyond our commitment to existing portfolio investments, we are well poised to commence the process of speaking with investors to realise a number of new fund mandates which will incorporate long-dated capital, traditional, and specialist funds.”

Ara-lly big fund
In keeping with today’s ESG theme, Ara Partners is seeking $2 billion for its third industrial decarbonisation buyout fund, our colleagues at New Private Markets report (registration required). If Ara reaches its target, this would be one of the biggest impact funds in private equity. Other impact funds that have closed above the $1 billion mark include Brookfield’s Global Transition Fund; TPG Rise Funds I, II and III; TPG Rise Climate; and KKR Global Impact I. Notably, all these funds are managed by established PE firms – Ara, on the other hand, was founded in 2017 as a specialist decarbonisation-focused impact firm. The news comes just over a year after Ara closed Fund II on $1.1 billion against a $600 million target.