“In the past, private equity firms haven’t needed to do that” 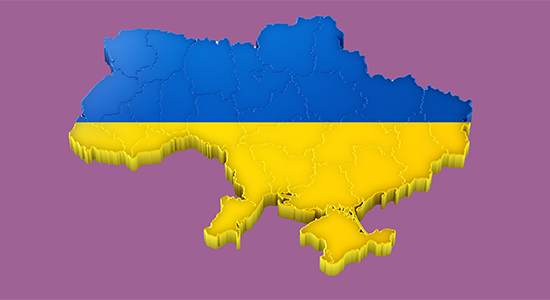 Ukraine’s PE implications
The international community has been quick to impose sanctions on Russia following its military incursion into Ukraine’s Luhansk and Donetsk. Investors are also rethinking their relationships: Denmark’s $17 billion AkademikerPension, for example, has placed Russia in “investment quarantine”, meaning the fund won’t make new investments in its sovereign debt or companies in which the state owns more than 50 percent, affiliate title Responsible Investor reports (registration required). Side Letter understands the pension has around $1.7 billion in PE exposure and that, while it holds no direct investments in Russian PE managers, it has indirect exposure to Russian GP Baring Vostok Capital Partners and a Russian debt collection agency via its Adams Street Partners fund of funds investment.

Ukraine, for its part, hosts a small but growing PE industry. The Ukrainian Venture Capital and Private Equity Association has 50 members, the most prominent homegrown one being Horizon Capital, which has raised more than $1 billion since its founding in 2006. It has also had some notable exits: VC-backed GitLab, based in Kiev, last year raised $650 million in an $11 billion October IPO on the New York Stock Exchange.

Side Letter‘s calls to Kiev-based PE professionals on Tuesday went largely unanswered or were diverted to international colleagues; those who picked up described an atmosphere of strange normality in the office.

Whether Ukraine’s upwards PE trajectory continues may depend on how events play out over the coming days. So far, the European Bank for Reconstruction and Development, which has invested €16 billion in Ukraine, said it remains committed to supporting private sector development in the country. “Our staff continue to work as usual, meeting clients and the authorities,” the institution told PEI via an emailed statement. “We are saddened by events in the east of the country and urge all involved to pursue a diplomatic solution.”

This is clearly an evolving situation, and it is unclear how the PE ecosystem more broadly would be impacted by an escalation of present tensions. Still, it’s not hard to imagine Russian investors finding themselves less welcome in funds, or international investors pressured to “quarantine” or divest holdings in what could soon be deemed a hostile market. As one European pension fund told Side Letter this morning, Putin wouldn’t need to do much else for it to divest its exposure to Russian state-backed assets, including PE-backed companies where state involvement is openly involved or suspected to be involved.

(Too) late stage
Amid a rout in public technology stocks, firms such as Tiger Global and D1 Capital, and other private investors with large public portfolios, have shifted their interest from more mature companies to earlier stage VC or beat-down public equity. On a webinar to investors earlier this month, Tiger partner Scott Shleifer said the firm would no longer be focusing on late-stage companies and instead focus on A and B rounds, according to tech-focused publication The Information. D1 Capital, as well as smaller firms such as Octahedron Capital, have slowed down the pace of late-stage investments.

One immediate result has been a reduction in funding for late-stage companies. In September, affiliate title Venture Capital Journal reported that the likes of Tiger, Coatue and BlackRock had become the largest source of capital for late-stage deals, particularly in the US (registration required). Just six months ago, these firms were working to combat the perception they were tourists, but now that the public market (where those soaring valuations are realised) has cooled, so have they.

The effects of this could reverberate through the ecosystem. For starters, one senior secondaries intermediary tells Side Letter that spreads for tech-heavy LP portfolios in the secondaries market have widened due to the plunging public-market-equivalents that support portfolio valuations.

PEP talk
PE is coming down market Down Under. Australia’s Pacific Equity Partners has started raising capital for a fund of funds targeted towards high-net-worth investors and self-managed superannuation funds, per the Australian Financial Review. For those with A$100,000 ($72,300; €63,800) or more to spare, PEP Gateway will provide exposure to global and domestic PE funds, existing interests in PE funds, listed PE managers or listed PE funds, and direct investments or co-investments. It will include a mechanism to provide investors with liquidity.

PEP is one of several firms targeting Australia’s wealthy individuals, following in the footsteps of Federation Asset Management, which in 2019 launched an alternatives vehicle with a A$20,000 minimum buy-in. The same year, Pengana Capital Group launched an Australia-listed investment trust backing global and domestic PE funds, and PE giant Partners Group formed an Australian-listed investment trust focused on global private debt. Asia-Pacific more broadly is at the vanguard of efforts by PE participants to access the growing private wealth opportunity.

Stanford’s Victorian venture
While we’re on the subject of Australia, Neil Stanford, former head of PE at superannuation giant Hostplus, has resurfaced at a new state-backed fund of funds. V-Ignite will look to raise A$60 million for the Victorian Startup Capital Fund from a mix of superfunds, wealth managers and wealthy individuals, in addition to a cornerstone investment from the Victorian government, per a Tuesday statement. Stanford spent more than seven years at Hostplus, where he oversaw an A$8 billion PE/VC portfolio and formulated a A$400 million direct co-investment programme, according to his LinkedIn.

Cathay Life Insurance has agreed to commit €50 million to Permira VIII, which is managed by Permira Advisers.