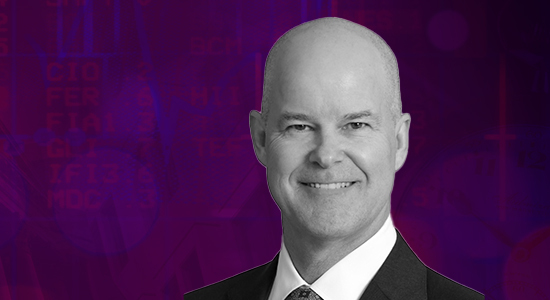 More change at Vista
Vista Equity has tapped senior managing director David Breach to replace Brian Sheth as president, Private Equity International‘s Michael Baruch reported Tuesday. Breach, a former chief legal officer at the firm, will also retain his existing chief operating officer title. The move will likely be viewed positively by LPs, some of whom have credited Breach’s arrival in 2014 with the dawn of a “modern Vista”.

The decision follows a number of recent moves among Vista’s top brass. In March, two leaders from its small-cap Endeavor Fund and mid-market Foundation fund moved into senior advisory roles, while James Zubok, a former Endeavor co-head and operating partner left in December. The firm is expected to return to market with its latest flagship before year-end, our colleagues at Buyouts reported in April (registration required). These efforts may well be buoyed by an enhanced role for someone thought highly of by its LPs.

KKR earnings
KKR raised more in the second quarter than in the entirety of 2020, per its latest earnings yesterday. The $59 billion collected last quarter surpassed last year’s total by $15 billion and has put the firm on track to exceed its two-year fundraising target of at least $100 billion. Here are some other highlights:

And another one…
Speaking of earnings, Investcorp published its full-year results on Wednesday. Here’s what you need to know:

Picking a winner
East Asia and Northern Europe were the top-performing regions globally for PE funds in 2020, according to eFront research. The report, which assessed the relative change in the valuation of portfolio deals over 2020, found that Japan and China recorded the best performance over the year, followed by Sweden and Finland. Notably, however, East Asia also had the greatest standard deviation of returns, indicating a higher selection risk. Northern Europe, meanwhile, had a lower deviation than the global average.

CVC’s latest score
CVC Capital Partners is having a busy week. Not only has the firm been linked to the acquisition of secondaries firm Glendower Capital, it’s also mulling the sale of a GP stake. On Wednesday, the New York Times reported that the firm has agreed a deal in principle to acquire a 10 percent stake in Spain’s top football league, La Liga. The transaction is similar to one the firm agreed with Italy’s Serie A, involving the league’s media rights, before a group of teams objected; CVC will also need the support of a majority of 42 Spanish clubs for this latest deal to succeed. PE has become enamoured with sports during the pandemic, the reasons for which you can explore here.

UK gov’s PE appointment
Vindi Banga, a partner at Clayton, Dubilier & Rice, was selected this week as chair of UK Government Investments, an “arm’s length unit” of the UK Treasury, per a statement. UKGI’s responsibilities include advising on all UK government corporate finance matters, including financial interventions into corporate structures and corporate finance negotiations. CD&R is making headlines elsewhere in the UK as it reportedly prepares a counter-bid for British supermarket giant Morrisons, which is being targeted by a consortium led by US buyout group Fortress for £6.3 billion ($8.8 billion; €7.4 billion).