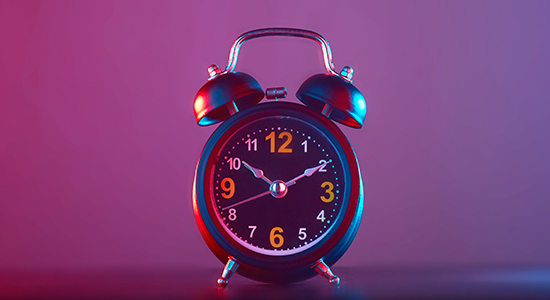 Wellcome Trust’s foray into GP-leds
It’s no secret that GPs have been holding onto assets for longer. For the UK’s Wellcome Trust, a £36.3 billion ($45.9 billion; €42.6 billion) health research endowment with around £13 billion in PE exposure, this is a trend it wants to support – provided it’s aligned with the GP in the process.

The trust recently completed its first such deal in this area, which involved acquiring the direct equity position in a company managed by a sponsor it is an LP with. The GP wanted to recapitalise the asset, and a partner with a stake in the company wanted to sell out. This meant the manager tried to find LPs to purchase the other partner’s position, Robert Coke, head of buyout and residential property at the London-based endowment, told Private Equity International.

The deal could be considered a GP-led secondaries process from one angle, or a mid-life co-investment from another. But what’s in a name? The process allowed the sponsor to recapitalise the asset, provided liquidity to a partner that wanted to cash out, and allowed the Trust to increase its exposure to a company via a valuation process it was comfortable with. Could we see Wellcome Trust backing such processes again? “Given we are partnered with good people, we want to do more with them, particularly when they exploit our ability to be long-term investors,” Coke said.

H&F’s partner departures
Three long-time senior executives at Hellman & Friedman are expected to leave the firm as it seeks to raise its next flagship, according to our colleagues at Buyouts (registration required). Philip Sternheimer, head of value creation in Europe; Erik Ragatz, who leads the firm’s investments in the consumer, retail and industrial sectors; and Adam Durrett, who focuses on the financial services and healthcare sectors, are set to leave over the next 12 months.

All three are partners at the firm. Ragatz is retiring and will stay on in an advisory role; it is unclear where Sternheimer and Durrett are headed. Hellman & Friedman closed its 10th flagship on $24.4 billion in July last year and is understood to be in early talks with LPs about its 11th fund, for which it could seek up to $30 billion.

Introducing…
PEI is delighted to welcome Madeleine Farman as our newest senior reporter in London. Madeleine joins from S&P Global Market Intelligence, where she was senior reporter covering private capital, and previously wrote for Real Deals. If you’re in London and fancy a coffee, she would love to hear from you.

Temasek’s carbon cash
Singaporean state investor Temasek has earmarked about $3.6 billion for a decarbonisation investment platform, per a statement. GenZero will invest globally from early stage through to mature companies across three areas: technology-based options, nature-based ones, and carbon ecosystem enablers. It will also invest alongside third-party funds such as Temasek’s Decarbonization Partners joint venture with BlackRock and the Brookfield Global Transition Fund. It’s unclear whether GenZero will seek to raise third-party capital, as Temasek’s other subsidiary, 65 Equity Partners, intends.

Temasek’s move reflects growing LP appetites for investments dedicated to fighting the climate crisis. As of February, some $183 billion either had been raised or was being sought for climate-focused private markets strategies, our colleagues at New Private Markets reported (registration required). Capital is spread across asset classes, including PE, VC, private credit and infrastructure, and is coalescing around three distinct themes: energy transition; strategies targeting multiple sources of carbon emissions, such as industrial efficiency or electric transport; and food, land and agriculture strategies.

Gensler wins more friends
The Illinois treasurer has thrown his support behind the US Securities and Exchange Commission’s sweeping private fund proposals. In a letter to the regulator, Michael Frerichs said he was in “complete agreement” with chair Gary Gensler’s assessment that the rules would “increase transparency” and “provide comparability” to fund investors, affiliate title Regulatory Compliance Watch reports (registration required).

Frerichs was particularly in favour of proposals preventing GPs from outsourcing their fiscal responsibility, adding that the rules could be improved by “preserving LP-level disclosures where the adviser has agreed to provide them and requiring managers to provide such reporting at the request of the investor”. His opinion also carries weight – the public pension funds of Illinois are big investors in PE, with more than one-third of the $65 billion teachers’ pension fund invested in alternatives.

Although Gensler’s proposals have so far divided opinion (law firm Mayer Brown, writing on behalf of the Securities Industry and Financial Markets Association, for example, is not a fan), he has found support from a number of prominent LPs. In March, the general manager of Los Angeles Fire and Police Pension System, Raymond Ciranna, said the rules around preferable treatment will “significantly increase confidence” among LPs that sponsors will act in the best interests of all investors. They will require fund advisers to disclose to institutional limited partners when a fund adviser treats certain investors differently, and allow them to “analyse the ramifications of that disparate treatment”, he wrote.