“It shouldn’t surprise all of us that large LPs and small LPs are in need of what I would call portfolio management solutions as they optimise risk and allocation to the asset class.” 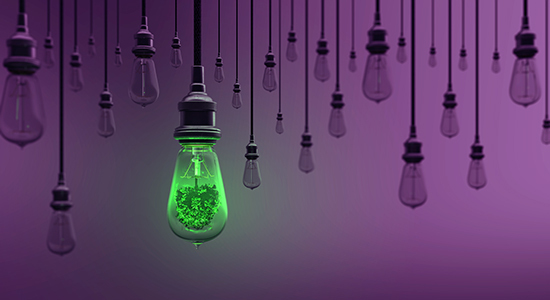 ESG: What’s the big idea?
GPs’ approaches to ESG look set to play an increasingly important role in manager selection. How has the PE industry responded? That’s the question PEI sought to address in this year’s Responsible Investment Special, which explores the 30 Big Ideas Shaping ESG.

In the first instalments of our week-long series, PEI looks at recent developments in the worlds of finance and measurement. ESG-backed finance facilities have been one of the fastest growing areas of innovation in PE as a means of incentivising progress. Meanwhile, the race is on to develop standardised ways of quantifying impact from measuring the financial value of changes to creating frameworks – a task often cited as one of ESG’s biggest and most pressing hurdles.

Credit where it’s due
Carlyle Group’s fundraising climbed 42 percent year-on-year in 2020 thanks to its private credit and secondaries inflows, per its Q4 earnings. Global credit beat its previous record by nearly 50 percent, with $10.1 billion of capital raised for the year, and investment solutions raised twice as much as any prior year with $13.9 billion. PE fundraising dropped by more than half to $3.5 billion in 2020, with none of its flagship funds in the market.

Golding gathers
Munich’s Golding Capital Partners has held a final close on its latest fund of funds vehicle on €375 million, PEI reported Monday. The firm began capital raising in 2018 with a €350 million target. Nearly 30 investors committed to Golding Buyout 2018, of which more than 75 percent were existing LPs. Fund of funds vehicles raised $22.4 billion in 2020, a 19 percent dip from the previous year, according to PEI’s Fundraising Report 2020.

NJ’s delay
New Jersey State Investment Council has postponed a proposal to give more freedom to its Division of Investment amid resistance from at least one council member, per sister publication Buyouts. The move – which has been delayed until its next meeting – would allow its investment arm to write cheques of $50 million or more without first submitting a report to its Investment Policy Committee. Member Eric Richard disagreed with the plan at the council’s 27 January meeting, saying he was already concerned about its lack of direct authority on what commitments the fund makes.

Cana-do attitude
Canadian pensions are piling (further) into PE. Some 90 percent of institutions plan to raise their allocations within the next two years, according to research by CIBC Mellon. Though only 7 percent of PE assets are currently managed in-house, 38 percent expect this share to increase as they seek more control over their investment decisions. The Investment Management Corporation of Ontario is one such investor, planning to at least triple its C$2 billion ($1.6 billion; €1.3 billion) PE portfolio by 2025. Find out how in PEI‘s latest Deep Dive.