Cameron McLain, co-founder and managing partner of impact GP Giant Ventures, told delegates at the Women in Private Markets Summit in London last week that firms should consider how they will be perceived by potential targets before launching an impact fund. More on affiliate title New Private Markets (registration required). 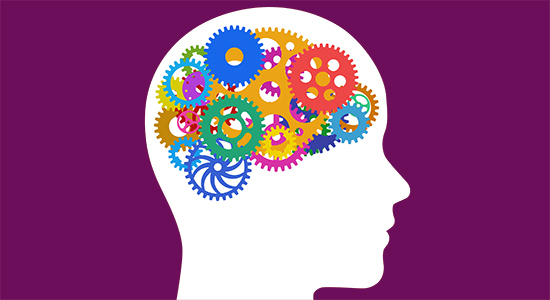 On the mind of LPs
At a time when investor capital is increasingly drawn to the hands of an elite few, asset prices are sky-high, and inflationary fears loom large, getting a read on limited partner sentiment is more important than ever for private equity managers. Enter: Private Equity International‘s LP Perspectives 2022 Study, our latest survey of more than 100 institutional investors globally, including pensions, insurers, banks and sovereign wealth funds.

What’s clear from this year’s survey is that the asset class is, in some ways, a victim of its own success. Some 23 percent of respondents say they are over-allocated to PE for 2022, up from 13 percent last year, and the highest percentage since our first LP Perspectives in 2018. Part of this is likely to be down to its performance over the past year, with 59 percent of investors saying the asset class has exceeded their expectations. It is perhaps little surprise then to see that the proportion of LPs planning to sell fund stakes has more than doubled, from 7 percent last year to 15 percent for 2022.

Despite this dynamic, appetites appear robust. Some 46 percent will increase their capital deployment to PE over the next 12 months, with a further 47 percent planning to deploy the same amount. Performance is expected to remain strong, with 36 percent anticipating a return north of their benchmark, and 56 percent believing it will at least meet that target.

Still, there are signs that investors are growing wary of the amount of capital piling into the asset class, with 67 percent of respondents anticipating extreme market valuations to have the greatest impact on their portfolio’s performance. With the industry taking full advantage of demand for mega-funds this year, competition for assets only looks set to continue into 2022. As we explored in a recent Friday Letter, firms would do well to remain disciplined in their bids to deploy that capital, and ensure those LP fears do not become justified.

Much EU about nothing?
Last month, the European Commission released the results of its evaluation of the Alternative Investment Fund Managers Directive and the European Long-Term Investment Funds Regulation, the latter of which Side Letter covered in brief here. We have spent the past week sounding out what these proposals could mean for the industry. Here are some takeaways:

PE’s performance edge
It’s the age-old question: are you really better off putting your money into the private markets, rather than the stock market? In the UK at least, PE appears to have the edge. PE and venture capital funds in the country have outperformed the domestic public equity markets – represented by the FTSE All-Share Total Return Index – every year since 1991, according to research by the British Private Equity & Venture Capital Association. Analysis using the Capital Dynamics PME+ shows that LPs in PE and VC funds managed by BVCA members collectively earned an annual return of 15.1 percent, compared with 6.7 percent in the public markets.

Similarly, in the Kaplan Schoar PME analysis, LPs collectively earned 1.34x the amount they would have received from equivalent investments in the FTSE All-Share Total Return Index. The report uses a dataset of fund-level cashflows and valuations from 1986 (the first year for which index data is available) to 2020, as well as daily prices for the FTSE All-Share Total Return Index.

The undervaluation of UK public companies is one of the reasons behind the rise of takeovers in the market this year, as we explored in our December/January Deep Dive. Slaughter and May partner Harry Bacon said: “We’re in a world where our assets are performing better, the economy is doing pretty well and UK economic forecasts are reasonably strong – yet we’re still in the doldrums when it comes to UK public valuations.”

No bears in Alaska
The $34 billion Alaska Retirement Management Board is considering a $100 million increase to its annual PE deployment target. At its quarterly meeting on 3 December, state investment officer Sean Howard submitted the Private Equity Annual Tactical Plan for approval by its board of trustees. The plan recommends upping the pace of annual commitments to $700 million in 2022, according to meeting documents. ARMB deployed $571 million in 2020 and anticipates it will meet its $600 million target for 2021. ARMB’s long-term allocation target for PE will rise two percentage points to 14 percent at the beginning of fiscal year 2022.

Although the asset class is slightly above target at 14.34 percent, an increase in commitment pacing is needed to offset projected distributions and maintain the targeted allocation due to outsized distributions this year. The allocation increase reflects the growing role the asset class plays in achieving the plan’s return target, according to the document. In the one-year period ending 30 September, PE returned a mighty 69.7 percent.

LP meetings. It’s Monday, so here are some LP meetings to watch out for this week: