“In many ways for an investor, covid-19 has been excellent in terms of diligence. No other platform has given investors that kind of diligence. Seeing how businesses performed during this downturn is an opportunity that should not be wasted”

Huda Al-Lawati, a partner at Gateway Partners and former CIO at Abraaj Group, on the test being faced by GPs 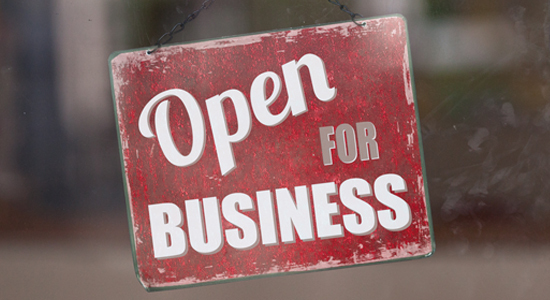 ATP Private Equity Partners – the PE subsidiary of Danish pension ATP – is one of Europe’s most influential LPs. It is preparing to raise external capital for the first time in its 18-year history (news we broke on Friday morning). This is a significant development, but it shouldn’t necessarily be a surprise.

When we last covered the group it was because it had performed well for its parent pension, and its individual executives (employees of the pension) had been well rewarded through the carry programme. This was not universally well received (see Side Letter, 25 February).

ATP (the pension) as of Friday had committed €800 million to the PE unit’s latest fund, which is the same amount as for the previous programme. This time, however, the economics are less favourable from the partners’ perspective, Side Letter understands. If they can pull in capital from other institutions, they are free to do so on more manager-friendly ‘market’ terms.

KKR continues to break records in Asia. The PE giant has gathered at least $13.1 billion for KKR Asian Fund IV and its parallel funds, making it the largest Asia-Pacific fund ever raised, according to a 1 October SEC filing. The vehicle, which has been in market since March, is already 40 percent larger than KKR Asian Fund III, a $9.3 billion 2017-vintage fund, and could well continue raising. It has surpassed the $10.6 billion Hillhouse Capital Fund IV, the previous record holder. KKR believes its Asia franchise could become as large as its North America business and has been signing its largest-ever deals in the region this year.

European PE firm Investindustrial has teamed up with sovereign wealth fund China Investment Corporation and Italian commercial bank UniCredit to launch a €600 million fund investing in mid-market Italian companies. The fund will be managed solely by Investindustrial and will take stakes in Italian businesses alongside the firm’s seventh flagship fund. Press release here. CIC has set up a string of country-specific investment partnerships in this mould: dig deeper here.

Differing priorities. The current crisis has driven increased investor interest in environmental, social and governance vehicles and impact funds, though this has depended largely on geography, according to Probitas Partners’ latest LP survey. Almost 80 percent of investors based in Europe said they are pursuing funds with strong ESG policies, compared with just 44 percent of North American LPs.

Actis, a stalwart of emerging markets private equity, is officially focusing its business on hard assets (think energy, infrastructure and data centres), senior partner Torbjorn Caesar told Bloomberg (paywall). The firm span out from UK development finance business CDC Group and raised its last generalist private equity fund, Actis Global 4, in 2012. The firm is in the latter stages of raising its fifth energy-focused fund, which has a target of $4 billion and started marketing earlier this year.

As part of its long-term focus on digital innovation, Pollen Street Capital has hired David Jones to fill the newly created role of operating partner for technology. More in a press release here.

NAV lenders to the fore

The Financial Times has picked up on the increased use of NAV-based credit facilities (paywall) by private equity firms during the covid-19 crisis: “[17Capital’s Stephen Quinn] says a ‘permanent shift’ is under way in private equity managers’ approach to financing the companies for which they are responsible and this will persist after the coronavirus abates.”

The crisis is providing the “supercharged proof-of-concept moment concentrated NAV lenders have been waiting for, albeit against a background no one would wish for,” wrote sister title Private Funds CFO‘s editor back in June on a Deep Dive into the topic.