“[Interventions] will carry dire consequences, not unlike Civil War surgeons who cut off the leg to save the soldier’s life.” 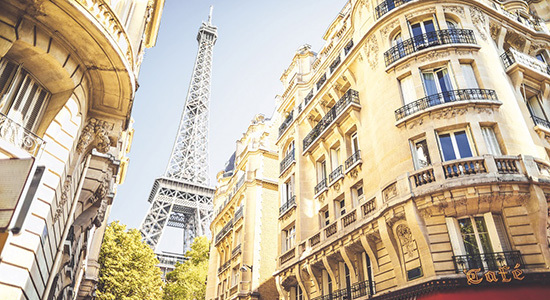 Quadrille’s expansion
You might not have heard of France’s Quadrille Capital but here’s why you should: the tech and healthcare specialist has just raised €511 million for its fourth flagship fund, beating its initial €300 million target and almost four-times larger than its 2015-vintage predecessor. The firm, which invests in both companies and GPs (think Insight Partners, Accel and Thoma Bravo), is eyeing a major step up in AUM and wants to reach €5 billion within the next four-to-five years and open an additional US office, partner Jérôme Chevalier tells us.

Carlyle on SPACs
With $130 billion of fundraising plans in mind, it wouldn’t be a surprise to see Carlyle Group entering the SPAC fray. The firm, however, is cognisant of the need for managers to think carefully about how that capital will be deployed,

chief executive Kewsong Lee said during its investor day on Tuesday. “Raising the money for these SPACs, that’s kind of the easy part of the equation,” Lee said. “The hard part is putting it to work.” Carlyle hasn’t (yet) backed a SPAC, which it considers a potentially interesting exit route. Blackstone appears to be of the same opinion, having exited at least two companies via SPACs in recent months.

Ocean Link makes waves
A former director in Carlyle’s Asia buyouts team is using a reasonably small amount of capital to make waves in China. Tony Jiang’s firm Ocean Link closed its second USD-denominated fund on $580 million last month, a good chunk of which shall be used for hefty take-private transactions, he told PEI. Ocean Link, which is part-owned by US PE giant General Atlantic, has serious pedigree when it comes to delisting: the pair joined with Warburg Pincus last year to acquire online classifieds business 58.com for about $8.7 billion. Ocean Link is an unusual case study in China, where buyouts still represent less than half of annual PE dealflow.

Performance watch
Hellman & Friedman is on the fundraising trail for its 10th flagship vehicle, according to US pension docs. The San Francisco-headquartered firm is targeting $20 billion for Hellman & Friedman Capital Partners X, $4 billion more than the target of its 2018-vintage predecessor. How have its previous vehicles fared? The chart below compares the performance of its PE funds as of 30 September. Click here for an interactive version.

TPG’s NewQuest for secondaries
PE giant TPG is taking a control stake in Asian direct secondaries firm NewQuest Capital Partners, per a statement. The transaction, which is expected to close next quarter, expands on the minority position TPG acquired in 2018. TPG isn’t pulling any punches with its push into secondaries, having already appointed the former head of secondaries at CPP Investments, Michael Woolhouse, in July to lead its push in GP-led secondaries in North America and Europe (registration or subscription required). It was one of several household names to plant a flag in the secondaries market last year, such as Brookfield Asset Management.

PE to the people
HNWIs are expected to ramp up their PE allocations this year as covid-19 drives investors to look for uncorrelated returns. Such investors could allocate 4.4 percent to the asset class by year-end, up from 3.4 percent last year, according to a report from alternatives platform Bite Investments. UK HNWIs have the largest allocation at 8.8 percent, followed by Germany at 5.3 percent. Fintechs such as Moonfare and iCapital Network are expected to be key to any expansion into the private markets. With Chinese HNWIs just 2 percent allocated to PE, it’s little surprise that both companies have grand designs for Asia, as we reported in December.

Minnesota State Board of Investment committed $1.05 billion across four private equity vehicles, as mentioned during its February 2021 investment board meeting. These commitments were made to the institution’s existing managers.

Minnesota SBI allocates 9.5 percent of its full investment portfolio to private equity. Its recent commitments to private equity have employed a wide range of strategies across multiple sectors.

For more information on Minnesota SBI, as well as more than 5,900 other institutions, check out the PEI database.