“As we expand more in global markets in each asset class area and, faced with ESG index issues, I need a lot more help from global asset owners and GPs” 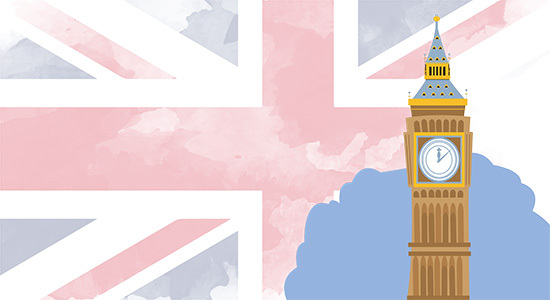 Budget watch
UK Chancellor Rishi Sunak will unveil his latest Budget at 12.30 GMT today. Writing for Private Equity International, Daniel Parry, managing director in the tax team at Alvarez and Marsal Taxand UK, explains why it could prove decisive for the country’s PE market. Here are some key things to watch for:

With a number of fund managers already moving to countries with attractive tax regimes for new residents, such as Italy and Portugal, a harsh Budget could prove costly for the UK’s PE ecosystem.

CalSTRS gets collaborative
The California State Teachers’ Retirement System committed more to co-investments than traditional PE funds in H2 2020, per sister title Buyouts (registration or subscription required). The $283 billion fund committed $4.4 billion to PE, of which $2.22 billion went to direct co-investments or co-investment funds. CalSTRS announced plans in 2019 to double its co-investment activity as part of a “collaborative model” to bring more investment capacity in-house. The process appears to be working: co-investments took up 11 percent of the fund’s PE portfolio as of 30 September, up from 7 percent in March 2020.

Inside Carlyle’s mega-raise
Last week, Side Letter explored Carlyle Group’s plan to raise at least $130 billion of fresh capital by 2024. The chart below puts this figure in context relative to the firm’s prior fundraising cycles.

Schelling’s new Venturi
Christopher Schelling, former PE director at Texas Municipal Retirement System, is on the move again. Schelling has been appointed director of alternative investments at US wealth manager Venturi, according to a LinkedIn post. He spent five years at the $31 billion TMRS before joining private markets investment manager Windmuehle in 2020.

The next Saga
European fund of funds Saga Private Equity has held an interim close on its second fund as an independent entity. The Danish firm has so far collected €600 million for Saga VIII and will continue to fundraise during Q2, according to a statement. Saga expects to make a “significant number” of commitments to micro, small and mid-cap buyout funds in Europe and North America this year amid an active fundraising market. The firm spun out from Danske Bank in 2017 and closed its debut fund below target in 2019, PEI reported.

The latest GP stakes firm
There’s a new GP stakes firm in town: Alderwood Capital, launched by the UK’s Northill Capital founder Jon Little, will provide equity capital to specialist boutique active managers via a long-term fund, according to a statement. Alderwood plans to launch a fund in the coming months.

The Employees Provident Fund of Malaysia has approved $600 million of private equity commitments. The commitments comprised $200 million each to three separate managed accounts to be managed by BlackRock, HarbourVest Partners and Partners Group. The funds have a global mandate that focuses on direct and co-investment strategies into growth and buyout transactions which are sharia-compliant.

The Malaysian pension’s recent private equity commitments have been made to funds that focus on buyout/corporate private equity, venture capital/growth equity and co-investment strategies across diversified sectors in Asia-Pacific.

For more information on Employees Provident Fund of Malaysia, as well as more than 5,900 other institutions, check out the PEI database.