“We’re seeing the seeds planted for an eventual boom – it’s all about supply and demand.”

Energy and industrials-focused private equity firm Eberhart Capital founder Dan Eberhart tells Bloomberg he expects the valuation of service providers and smaller E&P companies in the oil and gas sector to shoot up from Q4 as global demand returns to a post-pandemic normal. 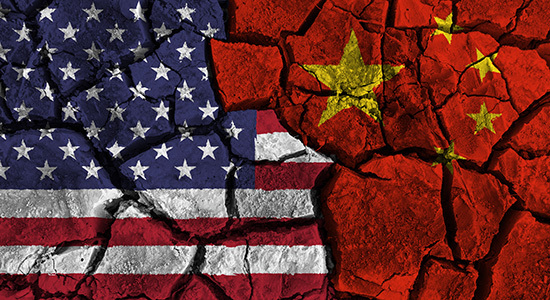 Is escalating US-China tension driving a wedge between PE-hungry American public pension plans and Chinese managers? Not yet, but some certainly fear it will.

“We’re sensing that US public pensions can be influenced and may have a different strategy towards China down the road,” one Chinese VC manager tells us. Or as a HK-based placement agent puts it: “I have heard specific comments relating to concerns on the US-China relationships and geopolitics in general, including stating that their deployment to China might reduce or stop for a little while, at least until there is more clarity for the future.”

Fears of a broad withdrawal or halt on US public pension investment activity may yet turn out to be unfounded, as a detailed report due to be published on PEI later today will explain. Each public pension has its own set of governance laws and guidelines, meaning each will react differently to geopolitical forces. Meanwhile, pension fund beneficiaries and stakeholders, who get to speak on issues in open investment meetings, frequently raise issues about labour or fossil fuels, but rarely if ever opine on geographies, says one advisor in the know.

Important to note that China-focused PE firms are by no means short of capital: they raised $34 billion last year across 46 funds, roughly double the $17.6 billion raised across 49 funds in 2018, according to PEI data.

China’s economic and demographic growth, and the opportunity to generate excess returns while adding appropriate geographic diversification, will be too hard for many investors to forgo.

Performance Watch: Apollo. Continuing our series, today we look at the updated performance of Apollo Global Management‘s private equity funds. For the detailed interactive version of the chart, click here.

The $29.06 billion US public pension has a 20.0 percent target allocation to private equity that currently stands at 19.4 percent.