“Let’s say everybody in your investment committee has the same background and are all best friends. To me, that would be a risk you would consider in your due diligence – that they have a huge blind spot, that they’re going to be unaware of something.” 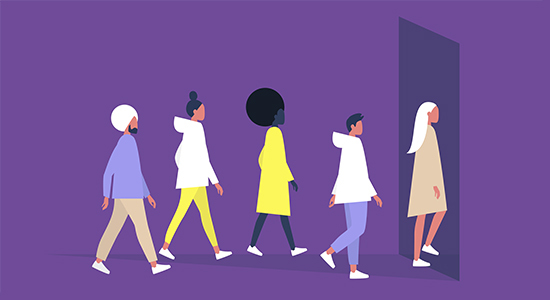 Why DE&I should be DIY
US LPs are ramping up the pressure on diversity, equity and inclusion. That’s according to the latest Deep Dive from sister title Buyouts (subscription or registration required), which found that good intentions are no longer cutting it when it comes to DE&I. Approaches vary. Some, like Connecticut Retirement Plans and Trust Funds, factor a GP’s diversity efforts into their due diligence. Teachers’ Retirement System of the State of Illinois, meanwhile, has expanded its emerging manager programme and is seeking a “standardised measurement and evaluation tool” to keep track of GP diversity.

Progress, however, is an uphill battle. One challenge is scale, with larger LPs needing to commit in amounts that may be too big for a new manager firm’s fund size. Another is the lack of widely available data, as is the misconception that committing to diverse GPs sacrifices returns.

Perhaps the most crucial step will be LPs voting with their feet. At a LACERA meeting last December, Jose Fernandez of consultant StepStone said his firm had begun to see that happen, including one client walk away from a firm after investing in its previous eight funds. To date, only 13 percent of LPs have refused an opportunity due to unsatisfactory evidence of D&I at the GP level, according to PEI’s LP Perspectives 2021.

As it stands
Despite the efforts listed above, PE still has a long way to go. According to EY’s latest Global Private Equity Survey, previewed by sister title Private Funds CFO, 75 percent of firms said that less than 10 percent of their front-office employees comprise underrepresented minorities. Some 60 percent said the same of their back-office staff. Though nearly a quarter of firms have, or plan to, launch a D&I initiative, many of these are informal.

Ham Lane’s SPAC attack
Hamilton Lane is planning a business line dedicated to SPACs. Speaking on the firm’s Q4 2020 earnings call Tuesday, Andrea Kramer, chief executive of the firm’s debut SPAC, Hamilton Lane Alliance Holdings I, said it is likely to raise successive vehicles. Platform extensions have long been a point of tension in PE due to the potential for competing resources and conflicts of interest. Some LPs have raised similar concerns about SPACs, as Buyouts reported last year.

T Cap on tour
Japan’s T Capital Partners accepted overseas capital for the first time with its latest fund. The buyout firm held the final close on T Capital VI on its ¥81 billion ($771 million; €641 million) hard-cap this week, of which ¥26 billion came from 11 international LPs, according to managing partner Koji Sasaki. Western appetites for the market have grown in recent years, as PEI explored in last year’s Japan Special. EQT became the latest to set up shop in Tokyo last week.

East-West divide
APAC deal values soared 110 percent last year. China beat all other PE markets with a 426 percent growth in deal value from 2019 ($11.8 billion) to 2020 ($62.8 billion), according to EY’s PE Pulse Q4 2020. Australian deal value also saw its overall deal value rise 147 percent from 2019 to 2020. Western Europe investment rose just 6 percent, while the US experienced a 17 percent decline. With Asia something of a bellwether for global recovery, find out what to expect from the region’s PE markets in 2021 here.

TCRS allocates 8.1 percent of its full investment portfolio to private equity. The pension’s recent private equity commitments have been mainly to venture capital and buyout funds focused on investments in North America and Europe.

For more information on TCRS, as well as more than 5,900 other institutions, check out the PEI database.