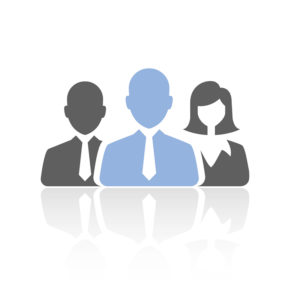 “Co-investment has enduring appeal as a means of dialling up exposure to particularly attractive assets at low to zero cost,” says Antoine Dréan, chair and founder of placement agent Triago. “These investments will continue to account for a significant and very likely growing portion of deal volume in coming years.”

These firms appear to be outliers: overall, fundraising for co-investment vehicles is down. Private equity firms raised about $13 billion for dedicated co-investment funds in 2020, about half the amount they raised in 2019, according to Private Equity International’s Fundraising Report 2020.

Of course, these numbers don’t tell the whole story. Research from Triago shows ‘shadow capital’ – which includes co-investments, separate accounts and directs – totalled about $179 billion in 2020, with around 32 percent of that earmarked for co-investing. The proportion is on par with the previous year’s $216 billion in shadow capital.

“Highly targeted single investments… can be thoroughly analysed and stress-tested [and] give comfort to investors in uncertain times, more so in many instances than investment in blind-pool PE funds,” says Dréan.

LPs continue to be bullish on the strategy. PEI’s LP Perspectives 2021 study, carried out in late 2020, found nearly three-quarters of LPs planned to participate in deals directly alongside managers over the following 12 months.

“Co-investments offer meaningful flexibility to our long-term partnerships,” Yup Kim, head of investments, private equity, at CalPERS, wrote in March. He also said the fund had deployed “significant capital” into co-investments since restarting its programme in fiscal year 2020.

Credit Suisse expects to see some changes in co-investing over the next decade. LPs will increasingly co-invest alongside GPs without having committed to their funds, according to a March report from the investment bank. In addition, an increase of fee-paying special purpose vehicles will allow GPs to raise money with speed and form fresh relationships outside of their flagship funds, Credit Suisse predicts.

New forms of co-investment capital, such as mid-life co-investments – sidecar vehicles that provide growth capital for businesses whose GPs might not have ready access to capital or who might have exceeded concentration limits within their funds – could become the norm, the bank adds.