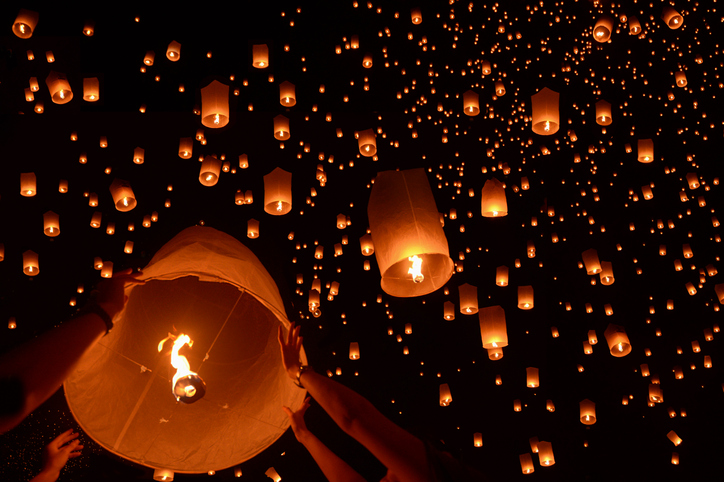 While a country ruled – until recently – by a military junta and volatile monarchy may not be an obvious destination for private equity, Thailand continues to attract capital for the asset class.

In April, Bangkok-headquartered Lakeshore Capital closed its second Thailand-focused private equity fund at its $150 million hard-cap, per a statement from placement agent Asante Capital. Fund II was more than twice the size of its $60.7 million 2014-vintage predecessor, according to PEI data.

Raising a Thai fund is no mean feat. Unlike some of its neighbouring markets in Southeast Asia – Laos, Cambodia and Myanmar, for example – Thailand doesn’t typically qualify for development finance institution capital. International Finance Corporation was one of the only DFIs to back Lakeshore’s sophomore fund.

“Its GNI per capita is too high already – the OECD has been classifying Thailand as an Upper Middle Income country for a few years,” Ricardo Felix, managing director and head of Asia at Asante, told Private Equity International.

“Further, unlike other peripheral countries, [Thailand] doesn’t have a demographic growth boost anymore. This is a country of 70 million people with an ageing population, so you’re probably catering more towards a developed market template focused on the growth of the middle class with a maturing economy and aging society.”

With private equity markets like Vietnam and Indonesia flourishing in recent years, one could forgive investors for overlooking Thailand when allocating to Southeast Asia. Yet Lakeshore’s recent success is evidence that there is still appetite. In this beginner’s guide, we examine the factors informing these decisions.

Dedicated Thailand funds are few and far between. The largest and best known is North Haven Thai Private Equity, a $440 million 2017 vintage managed by Morgan Stanley Capital Partners. NHTPE has made seven investments and had one exit to date, according to Eric Ma, managing director of private credit and equity at Morgan Stanley. The fund targets buyouts and minority deals with cheque sizes ranging from $15 million to $50 million.

Thai multifamily office Blueprint Forest has also entered the private equity game, having allocated $120 million to its 9 Basil Fund I in December, per a statement. The fund targets businesses and distressed opportunities across financial services, consumer brands, supply chain and real estate.

Thailand is a focus of several regional firms, including San Francisco-headquartered Lombard Investments. Lombard pursues growth equity investments of between $10 million and $30 million across Thailand and the Mekong region, comprising Myanmar, Cambodia, Laos and Vietnam, according to an October IFC disclosure. Lombard is seeking $250 million for its fifth fund.

“In Thailand, there are big conglomerates and family offices with lots of liquidity to invest if deals pop up, and they tend to pay a better valuation than private firms,” Kasuwan added. “If they’re looking to sell 100 percent, the deal will attract a lot of interest from corporates and family offices, so it’s a little bit challenging for private equity to compete.”

There are typically 20 to 30 private equity and venture capital investments in Thailand per year, according to S&P Global Market Intelligence.

Of the 84 deals completed since 2015 that have disclosed transaction sizes, only two exceeded $100 million and both occurred last year: a $350 million funding round for logistics start-up Flash Express involving the corporate arm of Siam Commercial Bank, and a $110 million investment into delivery app Line Man by North Asian growth equity firm BRV Capital Management.

The public markets are also extremely active. Thailand saw $4.4 billion raised across 28 listings last year and $3 billion across 34 in 2019, according to Deloitte. By comparison, Singapore raised just $3.2 billion through 22 listings over the course of both years and Vietnam raised $181 million over 28 listings.

“We raised our fund three years ago and throughout that period, Thailand has been one of the most most liquid stock markets in Southeast Asia,” Ma said. “Companies have always had access to capital, so it was a very nice, untapped market for private equity in the sense that you could come here if you had a good story and good value add to try to disintermediate it.”

Performance data for the Thai private equity market is hard to come by, though individual case studies are encouraging.

Lakeshore’s 2016 investment in human resources business Humanica, for example, is understood to have generated a double-digit multiple of capital and triple-digit internal rate of return following its listing in 2018. The firm’s $4.5 million investment into casual dining business KT Restaurant in 2015 was sold to a trade buyer in 2019 at a reported 2.75x return.

Pandemic aside, Southeast Asian private equity has been on a tear of late. The region attracted $40 billion of private equity investment from 2017 to 2019, compared with $24 billion in the preceding three years, according to Bain & Company. Singapore is usually the most active market, followed by Indonesia and Vietnam.

Thailand handled the pandemic reasonably well last year, with less than 7,000 reported cases as of 31 December. Cases have since exploded, with about 177,000 reported as of early June, forcing the temporary closure of businesses such as gyms and dine-in restaurants.

“In terms of the economic impact, [covid-19] hit Thailand pretty hard, and that’s because of tourism,” said Ireland of Navis Capital. “Tourism is a really important part of the GDP, and that’s totally collapsed. At the same time, it’s a pretty deep economy and there’s lots of activity going on, so other sectors have prospered.”

The government in March approved a 350 billion baht ($11.2 billion; €9.2 billion) stimulus package to support businesses in the country, the bulk of which has been allocated for loans. The latest capital injection extends a $58 billion stimulus package announced in April 2020 – efforts which could prove an opportunity for private equity buyers down the line.

“We could see more companies selling this year as they have a shortage of capital after the cancellation of subsidies,” said Kasuwan of DC Advisory Thailand.

Though Thailand is further behind the recovery process, investors can take comfort from activity elsewhere in the region. Private equity buyers deployed $3.8 billion in Southeast Asia during Q4 2020, the second-highest quarterly total since Q1 2019, according to Bain.

That said, Thai private equity is unlikely to match the scale or depth of markets such as Vietnam or Indonesia any time soon.

“There’s arguably a higher cultural barrier to entry than its neighbours, partly because Thailand was the only country in the region never colonised by Europeans and didn’t develop an international business outlook in the same way as other countries in Southeast Asia,” said Asante’s Felix.

“It’s a lot of effort to set up in a country that’s quite different from its neighbours, so unless you suddenly have a lot of grassroots players emerging, it’s just a ripe market for those who have broken the barrier and established themselves domestically, particularly to capture the lower and mid-market opportunities,” Felix added. “I can’t imagine having handfuls of Thai players over the next few years in the same way we have seen for Vietnam.”