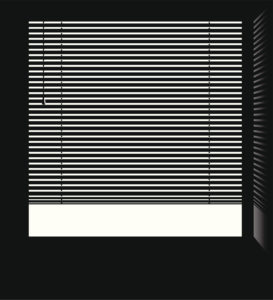 Transparency. It was the cover story of Private Equity International’s first ever edition nearly 20 years ago and it is still an issue that vexes investors today. Back in 2001, our article, “The transparency myth”, dealt with the question of whether GPs share sufficient information with both investors and other stakeholders.

In 2019 the concept presents a different problem; one that CalPERS, among the world’s largest investors in private equity, is wrestling with. The pension’s openness around its plans to create a competitive directs private equity programme may have made it more difficult for the pension to compete. According to a presentation by consultant Wilshire at its latest board meeting, CalPERS’ public discussions about Pillar IV: Horizon strategy – its long-term direct investing plan – have spurred a large asset allocator, seeded by CalPERS’ peers, to launch a competitor fund.

CalPERS’ discussions sped up the pace of the unnamed institution’s fund launch, Wilshire’s Andrew Junkin told board members, noting: “Certainly they will be bidding against you in future private equity deals.”

CalPERS is in a bind. It must juggle transparency and disclosure with the need to remain competitive in a crowded PE market. Leaks about the identities of the individuals in the running to lead its directs PE programme led to those candidates withdrawing their hats from the ring, as sister publication Buyouts reported last month.

Did knowledge of CalPERS intentions spur competitors’ actions? It is possible, but long-term strategic private equity funds – “core” as they are sometimes known – have been available to big investors for a few years now.

The pension has faced criticism for its decision to reduce investment committee meetings from the current nine a year to six. Board member Margaret Brown took issue with the move, which was intended to allow the investment office to focus on performance.

“Monthly meetings of the investment committee have been done forever,” said Brown at the board governance meeting 20 August. “They’ve been […] going forever, and they’ve never impacted our returns… Look at our 10-year returns; they’re fabulous. And what I’m saying is you’ve got the cause and effect wrong here, I believe.”

Transparency can be uncomfortable, especially when you are a big pension system like CalPERS. But transparency also helped CalPERS think through the various iterations of the new private equity programme and shape it to the current model. Transparency enabled CalPERS to get board members and other stakeholders on board with Pillars III and IV. It also forced the pension system to re-examine its co-investment programme that had stalled since 2016 and to re-assess the broader market to ensure it makes the best partner selections for the new private equity strategies.

Sure, transparency may have spurred a new competitor for Pillar IV, but various CalPERS’ stakeholders will be rooting for the investment team’s success, because transparency allowed them to be more invested in the new strategy.

Write to the author: preeti.s@peimedia.com