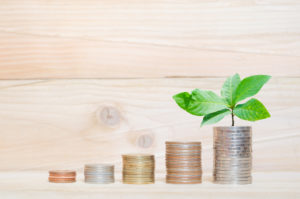 A UK local council has partnered with an asset management company to invest in domestic companies that deliver social impact.

PSSIF has already garnered initial commitments of up to £100 million, according to Ghafur, who was former head of private equity at pension pool Local Government Pension Service Central.

Investors from local council treasuries and pension funds are expected to anchor the fund and capital will also be raised from corporate investors, Ghafur said. Warrington committed £20 million and Altana £1 million, he added.

PSSIF has been in development for over 18 months, during which Warrington and Altana consulted with around 20 local authorities.

Capital raised for the fund will be invested in social, ethical and secured assets in the UK focused on energy, education, environment, industrial and social housing projects with a minimum ticket size of between £5 million and £25 million per deal.

The fund’s core remit is that investments must improve the lives of UK individuals and benefit the wider community, according to a statement.

“There are a lot of social impact funds focused on frontier and emerging markets with local authority funds allocating hundreds of millions to these projects,” Ghafur said. “But we have issues here, right at home in the UK, so why don’t we invest in those and solve things here and now”?

Ghafur noted that the PSSIF investment team will work alongside local authorities to source deals as well as co-investments.

The fund will have an investment period of up to three years and a life of 10 years. Target returns are in the mid-to-high single digits up to 10 percent.

PSSIF’s investment committee brings together diverse individuals from the public and private sector including those from Warrington, City of London Police, former investment bankers and entrepreneurs, Ghafur said.

Warrington and Altana are jointly managing the fund, with the latter providing investor relations, distributions, operations and finance advice.

Impact investing has received increased attention in recent years, with more than 1,300 organisations managing over $500 billion in impact assets worldwide as of the end of last year, according to the Global Impact Investing Network.

In June, the UK set up an Impact Investing Institute, led by former Allianz Global Investors chief executive Elizabeth Corley and former chairman of Man Group Harvey McGrath, which works with the government and private sector to mobilise more capital for impact investments.