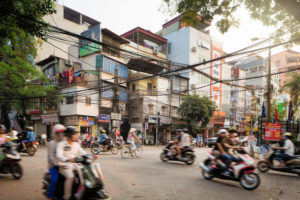 Mekong Capital, one of Vietnam’s oldest and largest private equity firms, has more than doubled its investment firepower with a bevy of new limited partners in Asia.

The Ho Chi Minh City-based firm held the final close on Mekong Enterprise Fund IV on $246 million on Monday, more then double the $112 million raised for its 2015-vintage predecessor, according to a Monday statement.

About 44 percent of Fund IV was raised from new investors, the majority of which were based in South Korea, Japan, Hong Kong and Singapore, founder and partner Chris Freund told Private Equity International.

“There was a substantial shift in our fundraising towards Asia,” he said, noting that Mekong did not hold any roadshows outside the region.

“Fifteen years ago, most of our non-DFI LPs came from the US, but in MEF IV only one major LP is based in the US. On the other hand, we didn’t really make any effort to get new LPs outside of Asia.”

“Covid-19 resulted in some new LPs who had planned to come to Vietnam to conduct due diligence not being able to do so, and in some cases, they were unable to move ahead to invest without an on-site due diligence,” Freund added.

“We lost [a] few LPs like that who were otherwise very interested; in those cases, a data room and zoom calls were just not sufficient. Ultimately, around 95 percent of the LP capital in MEF IV was from relationships that were well developed prior to covid-19.”

“We have three pipeline opportunities [for Fund IV] that are under implementation and we expect to complete them within the first quarter,” Freund noted.

Vietnam’s private equity and venture capital markets have boomed in recent years. Firms deployed $1.8 billion across 139 deals in the country between 2017 and 2019, above the $1.1 billion invested across 71 transactions in the preceding three years, according to S&P Global Market Intelligence.

Private equity behemoths have led the charge. A KKR-led consortium acquired a minority stake in Vietnamese real estate developer Vinhomes for $650 million in June. SoftBank’s Vision Fund made its first Vietnamese investment in 2019 and Warburg Pincus backed three deals there in 2018 alone.

However, domestic firms could be at an advantage during the pandemic as global travel bans hinder due diligence efforts by regional and global players.

“Regional funds [have] got more value-add, they have more angles to play around with the business; that’s why they can afford the higher valuation,” Huong Trinh, a Ho Chi Minh-based managing director at investment banking advisory BDA Partners, told PEI in November. “But of course, now they cannot come in, they cannot make decisions quick, so domestic PE is in a very good position to acquire the company that they wished to acquire before, at a lower valuation.”