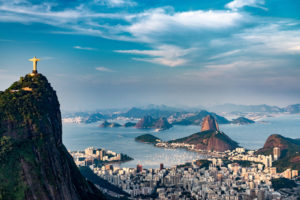 The final amount includes $311 million for co-investments, of which $228 million is at the discretion of investors.  The fund has a 14 percent GP commitment.

MVision acted as exclusive placement agent for the fundraise.

Fundraising for Vinci Capital Partners III – the firm’s second fund with institutional capital – began in August 2017 and the fund held a first close on $280 million that September, according to Bruno Zaremba, partner and head of private equity.

The firm faced numerous headwinds during VCP III’s fundraise, including the Brazilian recession, presidential impeachment, a couple of negative years of growth and currency volatility exchange rates and volatility.

“When we raised our first fund, the world could not have enough of Brazil,” Zaremba said, adding the debut fund hit its $1.3 hard-cap in nine months in 2013.

At that time, other Brazilian managers Gavea Investimentos and BTG Pactual also topped the $1 billion-fundraising mark.

The last few years have been a tough fundraising environment for emerging market private equity funds. Speaking at the IFC’s Global Private Equity Conference in Washington, DC on 15 May, Carlyle co-founder and co-executive director David Rubenstein said “the bloom is off the rose” for emerging markets.

Returns have not exceeded those of funds in developed economies, making investors question why they would take on the higher risks associated with them, in turn causing capital to pull away, Rubenstein said.

However, Rubenstein added that makes it the “best time to invest in emerging markets”.

The first close allowed VCP III to make three investments, in Vero, a telecommunications company, Domino’s Pizza Brasil, the master franchisee for Domino’s Pizza, and Cura, diagnostic clinics. The fund will make co-investments in each of the deals, Zaremba said.

Deals in VCP III have been structured to reduce currency exchange impacts. Commitments are made and actual cashflows deferred so that dollar-based investors come in closer to the deal exits, Zaremba said. The returns also benefit from cheap leverage.

Vinci focuses on mid-market companies and will invest an average of $100 million in education, healthcare, business services and retail companies.

Vinci has invested $1.9 billion to date, generated $2.3 billion of total distributions, and manages $1.2 billion of fair market value, according to a Cliffwater presentation to Rhode Island pension system.

Despite strong performance, the previous fund, VCP II, lost double-digit IRR over the cycle because of currency exchange headwinds. It has, however outperformed Brazilian public markets by at least 9 percentage points on an IRR basis, Zaremba said.

VCP III’s terms and conditions remain the same as the previous fund. The fund will charge a management fee equal to 2 percent of total commitments during the six-year investment period and 2 percent of invested capital thereafter. The fund will also charge a 20 percent carried interest on fund-level subject to an 8 percent preferred return and a 50-50 GP-LP catch-up.