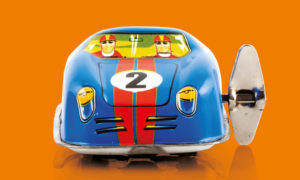 The lack of economic stress is becoming increasingly distressing for some firms. Boom times are good – more companies have healthy balance sheets and more people are employed – but there’s also a subset of the investment world rooting for a turn in the credit cycle: the ones that make their livings from turmoil.

It’s been the curse of distressed debt managers during the current cycle. In 2015, there was a rout of commodity prices and, early last year, stock markets began a rollercoaster ride. But no sustained downturn has kicked in.

Talk of a recession has recently cropped up again, but we’ve seen this movie before. Multiple times in this past cycle, when market tumult hits, it has been a false dawn for turnaround fund managers.

The continued economic boom and persistently low default rates have put investors in a predicament. Should the strategy have a home in their portfolios? For those that do commit to it, how do they pick managers in the good times, and what is a fair fee structure when returns are depressed?

How do limited partners invest in a strategy predicated on letting the bad times roll when the last decade has largely been the era of easy money? The longer the economic cycle goes on, the more pertinent the question becomes. Surely the good times can’t continue forever?

Looking at the return figures, some LPs have come to a simple conclusion: don’t commit capital to these funds – at least at the moment. “We have not yet committed to a lot of standalone closed-end corporate distressed vehicles at this time,” Eunice Han, who works in manager research at consultancy Willis Towers Watson, told sister publication Private Debt Investor in April. “The primary reason we have not done so is because default rates are still low and the opportunity set remains limited. We have seen certain corporate distressed strategies underperform, particularly those focused on the large situations.”

This year has shown more promise for fund managers, with distressed and special situations vehicles collecting, at $35.55 billion, more than all of 2018. This all comes with a substantial caveat, however: for distressed funds to deploy capital there has to be dealflow.

Distressed investing guru Howard Marks concedes returns in this part of the market have not been living up to investors’ expectations. However, Oaktree Capital Management’s co-chairman says this is predominantly because their expectations have been too high. “What return should you expect from distressed debt investing when the world is not distressed?” he asks. “No asset class has the birthright of a return. A return comes from bearing risk, buying things well, maybe getting lucky on the way out, adding value while you own it. There has been very little distress, only a modest ability to buy at low prices, and so this has been a very tough period for distressed debt.”

Robert Crowter-Jones, head of private capital at Saranac Capital Partners, a wealth management specialist, described the global financial crisis as a “breaking and testing point” for distressed managers. “Some were in a position to monitor and work out those investments. Looking at that period, you get a real sense of how the portfolio performs during severe stress. Since then, distressed managers’ returns have been more linked to individual loan selection.”

The Employees Retirement System of Texas has not made a distressed debt investment in several years. However, Sharmila Kassam – who spoke to us in May before her departure from the pension, where she had been deputy chief investment officer – sees potential in the distressed market on the horizon: “The best time to invest in distressed is when valuations are significantly lower.”

The bull market is contributing to high valuations across the board, which is part of the pension fund’s reasoning against making recent commitments to the strategy. However, Kassam does not rule out distressed debt and says pension funds want and need to be ready for distressed investing when the credit cycle turns.

Some investors remain drawn to the strategy, even in good times. Those that are emphasise the need to pick a manager that can take advantage of idiosyncratic opportunities – such as the massive Pacific Gas & Electric bankruptcy filing that arose from tens of billions of dollars in liabilities after the California wildfires.

“We try to find good managers independent of the cycle,” one CIO at a university endowment says. “We stay focused on the managers that are better at some of the complex workouts rather than those that just sit around waiting for bond spreads to gap out. We would favour what we call the complexity premium.

“What that has also led us to do broadly speaking is to favour smaller managers. If you’re a bigger manager, that’s a positive in terms of trying to buy control, but you’re loading on a few larger deals rather than diversifying your portfolio.”

Saranac’s Crowter-Jones echoes the notion of finding firms that perform well no matter the stage and state of the credit markets. “We’re looking to managers to find interesting returns across the cycle,” he says. “We find opportunities to deploy capital with distressed managers [which perform well] after a period of economic headwinds to the strategy.

“In distressed debt we’d look for managers to have a deep understanding of insolvency and workout processes, to be able to respond to challenging situations effectively.”

First Avenue partner and head of the Americas Jess Larsen points to transactions where requisite ticket sizes are much smaller as an area of potentially under-appreciated investment opportunities.

“There probably is more distressed activity in the middle market than what is reflected in current default rates,” he says. “Perennial opportunities exist because smaller companies experience idiosyncratic financial issues outside the broader default cycle.”

In Europe, distressed debt managers may have more reason to be optimistic: Brexit and disappointing economic performance in the eurozone have created interest.

“The buying opportunity has remained with the banks’ non-performing loans [in Europe],” Larsen adds. “The US market is much more cyclical in nature.”

For those that do commit money to distressed debt vehicles, returns can show plenty of variance. “It is hard to pinpoint how realised returns are different compared to proposed returns as we have not exited yet,” says Jang Dong-hun, chief investment officer of Korean pension fund the Public Officials Benefits Association. “But from what we have studied about invested funds and their peer group, the performance levels were fluctuating a lot.”

According to PitchBook, post-GFC funds that have probably completed their investment periods – those with vintage years from 2010 to 2013 – show a wide range of net IRRs, through 30 June 2018, the most recent data available at the piece’s writing.

Mikael Huldt, head of alternative investments at Stockholm-based AFA Insurance, believes that because distressed managers tend to get in and out of situations rapidly, the strategy tends to deliver in IRR terms but not on a return multiple basis.

“Stress periods tend to be over very quickly, within weeks or months,” he says. “Firms make a number of investments and then look to refinance, and it has become a short-duration market as there is so much liquidity.”

One hot topic that often crops up is the relationship between distressed debt and special situations – and whether it’s possible to switch successfully between the two.

Sources say some distressed managers have managed to keep the lights on during years when genuine distress has been thin on the ground by diversifying into special situations. But something for investors to stay alert to is that although a crisis is good for distressed, it is generally tougher for non-distressed special-situations investments. Switching from one to the other at the right time is therefore a difficult feat to pull off.

“It often involves companies that have some issues where the investment is in the middle or at the bottom of the capital structure so, if there’s a downturn, these companies will be very sensitive to it. Because of this we are starting to move into distressed a bit more now, and away from special situations.”

He has no concerns about money being ready to flood into distressed when the opportunity crops up. “Managers have had to diversify into other areas, but that’s a good thing as it allows a distressed strategy to be patient,” he says.

“Some managers have certainly gone away or got smaller. But I think the capital will be there when the next crisis comes along. There’s a lack of attractively valued high-return opportunities, so people remain keen to support distressed.”

The special-situations label seems to generate impressions of a wide-ranging strategy from others as well, and the concept of distressed debt may have evolved with it.

“I think it depends on each house’s definition,” POBA’s Jang says. “For instance, some use the terminology of ‘special situations’ to broaden their investment scope to invest in other products, like CLOs. I think the traditional meaning of a distressed debt strategy has been transferred into a broader definition now.” First Avenue’s Larsen adds: “Classic distressed investing is generally more correlated to the market cycle than special situations.”

Distressed investing, many say, is dependent on timing. But Daniel Zwirn, chief executive and chief investment officer of fund manager Arena Investors – a hedge fund legend from his time spearheading the multibillion-dollar DB Zwirn – agrees with Larsen, and has a blunt message for those who think they can predict the next distressed cycle.

“Distressed, as it is now packaged as an alternative strategy, is highly dependent on a ‘market call’ regarding when it is the right time to jump in,” he says. “Few if any investors are capable of making profitable market timing bets which combine a view on macroeconomics as well as the behaviour of other market participants. How do you get conviction around something which is so empirically unpredictable?”

That’s a question LPs may be asking themselves as they scan the horizon for signs of different market conditions.

With an array of results comes the question of fees. Distressed debt vehicles are blurring the line between credit funds and their private equity equivalents.

“A 20 [percent carry over an] 8 [percent hurdle rate] is pretty typical,” says Haroon Chishti, a director at advisory firm First Avenue Partners. “If it’s a new manager, it may need to drop its management fee to as low as 1.5 percent. Management fees are typically charged on invested capital.”

The firms that have been able to keep charging top dollar are those that have consistently outperformed peers and relative indices. “The top-tier managers have been able to retain their headline quotes and pay near full rate,” says a university endowment CIO. “If you’re not in the top tier, there’s been pressure on the fees for years.”

Tim Atkinson of Meketa Investment Group says one of the biggest challenges for backers of distressed strategies is reaching an appropriate arrangement on fees: “If the [management] fee is based on committed capital, there’s less incentive to put the capital to work. But if it’s on invested capital only, then there may be less scrutiny in how they are putting capital to work. Or you can have a hybrid fee, where some of it is based on committed and some on invested. Identifying the right fee structure is important given that distress-focused capital may spend a long time sitting on the sidelines as optimum conditions take time to materialise.”

For its latest flagship distressed fund, Oaktree cut the fees its LPs pay while distressed situations are scant.