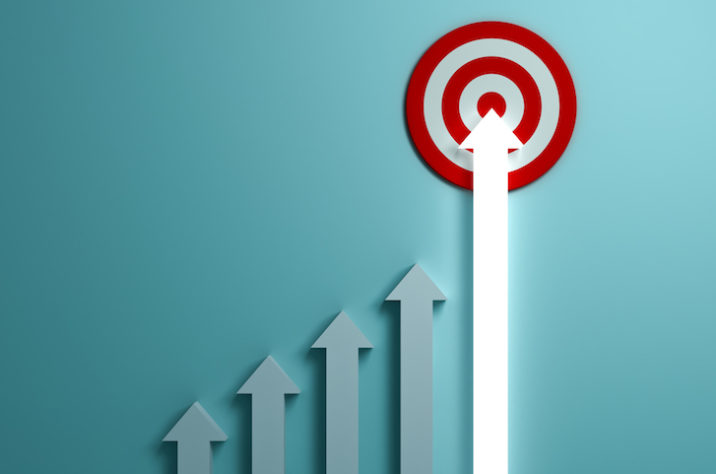 As the fund finance market has ballooned in recent years, with global demand estimated to be worth more than €350 billion, banks have been able to exploit a substantial source of business. Now insurers are looking to grab a slice of the action in a playing field that can no longer be considered the exclusive preserve of the incumbents.

Two years ago, Ian Shanks began exploring the viability of a platform that would enable insurance companies to enter the market. Having previously been a founding member of Bank of Scotland’s fund financing business, Shanks became a fund manager at Aberdeen Standard Investments, where he worked on developing a fund finance product tailored to insurers. This product would be capital-efficient and allow insurers to hold the least amount of capital against loans as possible, and thus more easily meet their requirements under the EU’s Solvency II regulation.

Shanks says the rating agencies did not provide ratings for the fund financing market, so Aberdeen built its own system using the due diligence capabilities he had honed during his time at Bank of Scotland. Supported in its efforts by the UK’s Prudential Regulation Authority, Aberdeen has launched an offering that he says has “found investment-grade opportunities with low capital requirements and good returns”.

One question increasingly being asked by insurers is whether they need substantial amounts of ‘overnight’ liquid capital held in reserve to finance claims and operational cashflows. If they can identify capital they do not need for this purpose, fund finance in theory offers a good short-dated alternative home for it. Fund finance loans are typically investment-grade, capital-intensive and high-yielding – all attractive features for insurers.

“All we are seeking are the returns from the fund finance, and the banks have responded warmly”
Ian Shanks
Aberdeen Standard Investments

The theory has translated well into practice, with Aberdeen’s fund finance platform channelling £500 million ($656 million; €589 million) of insurance capital into the market in its first year. Shanks says he wants to grow this over the next 12-18 months to around £2 billion-£3 billion of assets under management, which he insists is “still very small given the overall size of the market”.

Aberdeen’s platform focuses mainly on subscription lines, which are lent against uncalled limited partner commitments to alternative asset funds, including private credit funds. Aberdeen is a syndication partner to the banks in a market where Shanks estimates there are currently around 12 to 15 active lead banks. He says insurance money is welcomed by the banks when it comes to distribution: “Many banks have capacity constraints, and while they have historically sold down to other banks this does introduce competition for cross selling other products. All we are seeking are the returns from the fund finance, and the banks have responded warmly.” 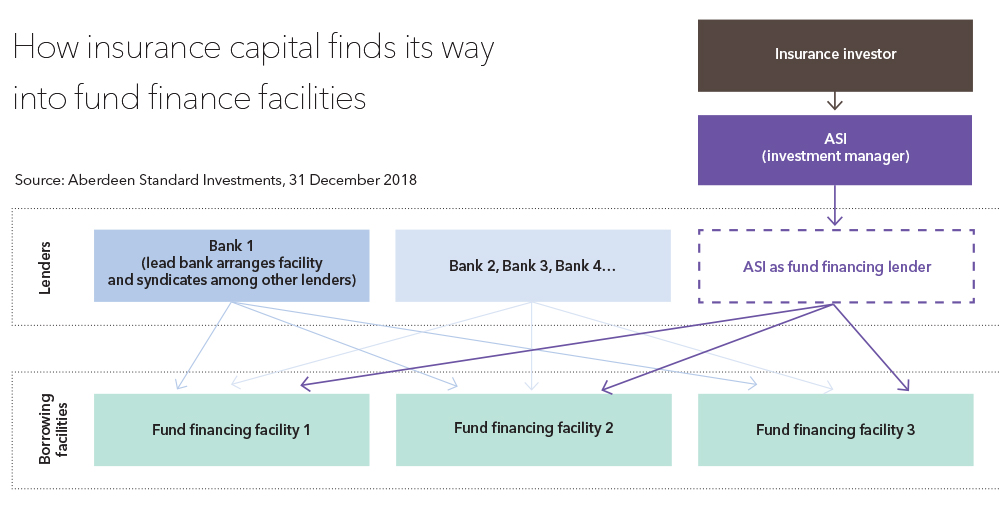 Shanks acknowledges that banks can and do, to a limited extent, offer insurers fund finance products. However, he claims these will typically involve small teams at the insurers doing due diligence as well as monitoring loans and dealing with cashflow demands. “Or they can come to us and we can source dealflow from the whole market, pick and choose the right deals for each insurer, and do due diligence which leverages our strong private equity business. We have a good knowledge of managers and we understand the structures and can decide if they’re suitable for each insurer.”

Aberdeen offers single LP funds, segregated mandates and pooled vehicles to provide diversification for smaller clients. Fees differ from client to client, Shanks says: “We only get paid if the loans are utilised and the insurers are receiving their margin return, which is typically 150-175 basis points over LIBOR, and we take our fee from that. We are therefore fully aligned with the insurer to maximise utilisation levels.”

Shanks says Aberdeen has first-mover advantage but expects other asset managers to try to replicate the formula. He also thinks that although Solvency II has provided a boost in Europe, there is a big opportunity in the US as well. “Many US insurers I’ve spoken to have not heard of this market, but there’s no reason it can’t be a new part of their fixed-income book,” he says. “They need a rating and we are talking to rating agencies over there about it. This is a $400 billion market, and two-thirds of that is dollar-denominated.”

Moreover, while it is currently a $400 billion market, there is no reason to suppose it will not grow substantially in the years to come. Leon Stephenson, a partner and lead lawyer in the London fund financing team at law firm Reed Smith, cites “continuing growth at a fairly crazy rate”. As well as subscription lines, the fund finance market is expanding into new areas, he says, such as net asset value facilities based on the cashflow of the underlying fund.

“It’s a different kind of approach with NAV facilities,” says Stephenson. “It’s based on asset-level performance and how you get repaid can differ a lot as there are many different types of funds with a wide range of different types of assets. It offers a higher margin for lenders but it’s a different risk profile. With sub lines, even if the fund doesn’t perform, it may not affect repayments. But it will with an NAV facility.”

“[Fund finance] provides a pretty steady return, which suits insurers well. There is much less fluctuation than in something like leveraged finance”
Jeremy Cross
Cadwalader

Stephenson’s colleague Bronwen Jones, a fellow partner specialising in fund financing, says NAV facilities are “more bespoke [than sub lines] and it’s harder to figure out the risks. Having security over a pool of loans is not rocket science but, where it’s a smaller number of assets, that’s different. This is an area of focus for the investment banks as they have very smart people whose job is to create bespoke products for their clients for a premium.”

Stephenson says he sees insurers increasingly taking participations in NAV facilities as well as sub lines: “They’ll come in behind an arranger rather than leading. Pensions, insurers and other sources of third-party capital provide an additional balance sheet. The banks use up their capacity to lend and more is needed.”

Jeremy Cross, a partner in the London office of law firm Cadwalader, acknowledges that fund finance is well suited to the insurance market, even though it’s not of a long-term nature. “It’s quite a short-lived product, maybe two or three years. But it provides a pretty steady return, which suits insurers well. There is much less fluctuation than in something like leveraged finance.”

With GP facilities also muscling into the fund finance market alongside asset and hybrid finance, Cross says there has been an “explosion” of new entrants over the last four or five years. “It’s unusual now to find a bank that doesn’t do it. It’s commoditised, and price is a big factor in winning deals, but also operational capability. Not all providers are equally accomplished at the back-office level.”

Although there appear to be no brakes on the fund finance market, Cross says investors may have concerns about the use of multiple layers of leverage. “How much is it a case of debt being stacked on debt? When you get as far as the GP level, it could be that you have as much as three or four layers of debt on the same asset.”