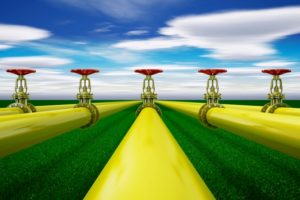 Publicly traded companies – restaurants, cruise lines and travel companies – are struggling to stay afloat in this economy. But many cash-rich PE firms see an investment opportunity in battered stocks through private investments in public equity, or PIPE transactions.

Private equity firms have invested in more than 162 US public companies as of mid-July, per recent PitchBook data. Availability of capital, agility and a need to put money to work allowed sponsors to increasingly turn to this investment tool to capture upside in the downturn, industry sources tell sister title PE Hub.

The stock market revival after March 2020 lows, as well as the US Federal Reserve’s move to buy corporate debt, made it easier for companies to raise capital in other ways, but PIPEs continue to be a relevant source of capital, according to sources.

“I wouldn’t be surprised if we see a couple of hundred by the end of the year,” one source, requesting anonymity, says.

The maths is simple: businesses that suddenly lose most, if not all, of their cashflow need instant liquidity. GPs have enough capital to move faster than public offerings, says Aaron Cheris, who leads Bain & Co’s Americas retail practice.

“When valuations of public companies drop so much so that they are better priced than private companies, that’s when PE comes in,” says a source at a capital advisory firm. For example, US restaurant chain Cheesecake Factory on 18 March told its landlords it would not be able to make rent payments for all 300 stores beginning in April. A month later it had closed a $200 million convertible preferred investment from Roark Capital.

Much like the casual dining chain, online home goods company Wayfair ran into liquidity problems. In February, the company laid off about 550 employees and reported its slowest quarterly growth since its initial public offering. A month later when the covid-19 crisis hit, it secured a $535 million loan from Great Hill Partners and Charlesbank Capital Partners.

One PIPE deal came together within a week of the crisis hitting, a banker says: “[The company] got a call from an investor and basically got a go-ahead and got others involved.”

Fund mandates are also driving fast-paced PIPE deals. “Every year PE firms need to close on a certain amount of deals,” says Muhammad Azfar, CEO and managing partner of Auctus Capital Partners, a lower mid-market PE and advisory firm. “If the pipeline looks dry, we need to look across [sectors] quickly to put capital to work.”

PIPE deals generally are structured to prevent downside and create upside for investors. That plays out in how a PE firm governs the terms of the security or deal, says the unnamed financial advisor: “A lot of the PE model is based on structural advantages.”

Consider KKR’s return as a shareholder in US Foods in April, investing $500 million in convertible preferred equity. This entitles KKR to convert its stake into common shares at any time.

KKR will also be paid a dividend of 7 percent in cash or in-kind quarterly. This means US Foods can pay dividends using equity, cash or both. But failure to pay will increase the rate by 3 percent per annum until KKR accrues all unpaid dividends. KKR also got board representation.

Much like KKR, other PE firms set ‘preferred’ terms to insulate themselves from the risk of investing in distressed assets. Board seats are the most common of all.

In another example, Silver Lake made a $1 billion investment in Twitter in early March, representing one of 2020’s largest PIPE deals to date. Jesse Cohn of Elliott Management – an activist hedge fund with a 4 percent stake in the social media firm – and Egon Durban, co-CEO and managing partner of Silver Lake, gained board seats. The investment will be put towards a share repurchase programme.

Norwegian, the smallest of the three big US cruise operators, was the target of another notable PIPE deal. The cruise operator on 5 May warned investors that it may be forced to file for bankruptcy after coronavirus led to the suspension of all cruise voyages across its brands. Concurrently, L Catterton announced a $400 million capital infusion in the form of convertible senior notes to the cruise line.

Convertible senior notes can be converted into common stock at any point. They are also the most superior in a bankruptcy proceeding, where investors holding them get paid off first.

Norwegian subsequently sold $460 million-worth of common stock and through two debt offerings raised $1.54 billion. With L Catterton entitled to nominate a member and observer to the company’s board, the terms were investor friendly, says a source familiar with the deal: “Norwegian did not need to give a board seat. There was a chance they could have done that [raised money] without a PIPE, but the board had to make a decision.”

In 2018 and 2019, investors witnessed a government shutdown, fewer IPOs and a wide-open public market where raising capital via traditional offerings was no challenge for public companies.

In general, PIPE deals can be hard to close due to market restrictions. The Securities and Exchange Commission requires shareholder approval for issuance of 20 percent or more of a company’s outstanding common stock or stock that can be converted to common stock. “[A] lot of transactions that could have executed in PIPE get tripped to public,” one of the bankers says.

But, given companies’ immediate needs for capital infusion, the SEC in April waived this rule until 30 June. The SEC has since approved the New York Stock Exchange’s request for the waiver to be extended to 30 September.

The Federal Reserve also opened up another avenue for public companies to raise capital – corporate bonds. For the first time in history, the central bank started buying shares of exchange traded funds in mid-May in a bid to keep the credit markets afloat. On the first day, the bond-buying facility bought $305 million worth of corporate bonds, according to publicly available data.

The Federal Reserve’s programme challenges PE firms looking to close PIPE deals as companies rush to issue bonds. Corporations issued about $265 billion in debt from mid-March through 27 April, according to Intelligize.

In May, Expedia issued $2 billion-worth of debt. The travel company also sold $1.2 billion in preferred shares to Silver Lake and Apollo Group Management. “With government buying the better-quality companies that might otherwise have to accept PE money, PE guys move further down the market,” says a convertible-market advisor.

Although sponsors are betting on companies they hope will weather the storm and come out stronger, not all will. “Bankruptcies are expensive and as a senior lender, you end up bearing most of the cost if your debt is greater than the value of the business,” says Steven Siesser, chair of Lowenstein Sandler’s private equity practice.

That said, sources believe this downturn poses less risk than the global financial crisis. During the GFC, the financial distress was in the market’s crumbling infrastructure, Siesser says. “Here the system is fine, it’s actually working quite well; it’s more of a demand issue.”

At the same time, the advantages to public companies brought by private equity go beyond instant capital. “Sometimes it’s the capability value,” Cheris says. TPG and Bain Capital, for example, bring in big operations. In ‘borrowing’ such firm’s names, other institutional investors will take note of this, and think, “they are also in the boat with you to revive,” says Cheris.