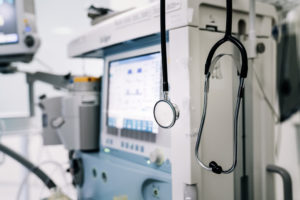 From biopharma to telemedicine and health tech, private equity investment in healthcare has been on the up in the past decade and the bar is getting higher for PE firms to enter the sector and deliver returns, an analysis from Bain & Co shows.

Raleigh, North Carolina-based McGeever Family Office, is one investor that wants to tap an “unprioritized” part of the healthcare market through its debut vehicle focused on medical devices and diagnostics.

McGeever, which has its roots in medical devices, is in the initial stages of raising capital for its LCO Capital Healthcare Fund. The investor is targeting $50 million for the vehicle and has a hard-cap of $75 million, Kevin Schimelfenig, founder and managing partner of McGeever Family Office, told Private Equity International.

According to Schimelfenig, this year’s health crisis has created more opportunities for investment and raising a dedicated vehicle via third-party capital will lead to economies of scale for resource allocation as well as risk mitigation over multiple deals simultaneously.

Demand for healthcare assets over the past few years has also resulted in a convergence in the medical device sector with a surge in M&A, and surplus products that can be expanded and positioned for a much higher return for divestiture, Schimelfenig said.

Capital raised for the vehicle will back the commercialisation of medical devices and diagnostics companies in the US, a strategy McGeever has been employing as a single-family office for years. This time, Schimelfenig wants to bring in multiple family offices across the US into its model.

Family offices that are not as comfortable getting into healthcare with direct investments could ease into it through the fund, he added. “We tell them: ‘Here’s an opportunity to get educated in somewhat of a sheltered environment because we are going to do it over multiple deals and even in blue chip corporate assets.’”

The LCO fund will charge the standard ‘two and 20’ fee model to its LPs, according to Schimelfenig.

He noted that the LCO model is also more cost-efficient than traditional buyouts as the firm will invest in a product category instead of a whole company category.

“As an investor, you spend your time on early stage companies in healthcare, get US Food & Drug Administration approval, and then you get into manufacturing. All that is taken off the table because you can leverage the brands of bigger medical devices companies. That is a good place to be,” Schimelfenig said.

The average enterprise value to EBITDA multiple in the health and pharmaceuticals sector in the US as of December 2019 is 15.6x, according to data from KPMG. Strong demand for assets, intense competition from a range of financial sponsors and corporate buyers and are likely to keep valuations and multiples high for the foreseeable future in North American healthcare, a report from Bain & Co noted. Outperformance is also a key attraction – an analysis from Bain and CEPRES showed PE investments made during the past recession had a multiple on invested capital of 2.7x versus 1.8x for other industries.

Past deals for McGeever Family Office have returned approximately 3x in 24 months to as much as 19x in 60 months on invested capital, Schimelfenig said. He declined to provide target returns for the fund.

Targets for the LCO fund include products that are usually not the primary focus of the core sales organisation; products under consideration for divestiture that are restricted due to prior acquisition agreement terms; products that are capable of harvesting additional revenue via adjacent call points focus; and underperforming assets due to lack of product prioritisation or budgetary considerations.

Capital raised from the fund will invest in up to five product categories of between $5 million and $15 million each. Following the investment, the firm will build a commercial team and run it for a few years to “take a product line that fell below a certain threshold in America and lift it back”, according to the founder.

As a result, the firm ends up with either a royalty revenue stream which creates cashflow or a capital gains situation, when the product line is sold to a strategic investor.

“We are pretty excited about the LCO fund; the issue is about timing the commercial deal with the investment stage,” he said. “The challenge for us, once we identify these product lines and build a commercial team, is to find a corporate partner upon which we can exit and get our capital back.”

McGeever’s investment portfolio is made up of direct investments, real estate holdings and fund commitments in healthcare, energy and information technology-focused managers, according to its website. Its assets under management are undisclosed.