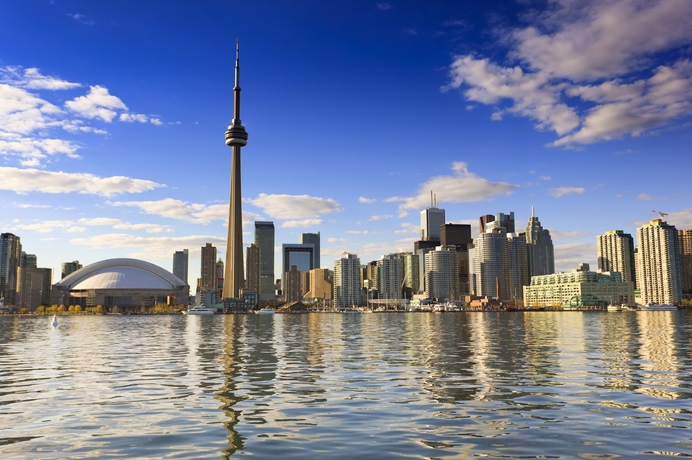 Canada Pension Plan Investment Board, the world’s largest investor in private equity, as listed in our Global Investor 100, has only recently expressed enthusiasm for venture capital.

One year later, Adractas and her team have made significant progress, despite challenges presented by the covid-19 pandemic. Notably, they have been able to access funds from brand-name firms Accel, Andreessen Horowitz (a16z), Index Ventures, Sequoia Capital, True Ventures and Y Combinator. Moreover, they are working quickly, having already committed about one-quarter of their allocation, with an eye toward being fully committed in two to three years.

At the same time, the venture team has grown to four members, most recently adding senior associate George Brooke in January.

Speaking to sister title Venture Capital Journal in her first interview since joining CPPIB, Adractas said the pension investor’s previous lack of enthusiasm for VC was largely “due to the sub-scale nature of venture many years ago”. In other words, it could not see an easy way to put a meaningful amount of money to work in venture.

A couple of things changed so that venture now makes sense for CPPIB, which manages C$410 billion ($307 billion; €263 billion) in net assets. “One is that venture as an asset class has grown significantly, and a lot of the funds that may have been sub-scale for us back then have grown considerably,” she says. “The second thing that has changed is the nature of innovation and disruption.”

More often than not, a deal or investment CPPIB considers these days has a technology component to it, so the insights it gains from investing in venture funds and tech start-ups are critical to making it a better overall investor, she says. “We bring that innovation-and-disruption lens into everything we do.”

The venture program also enables CPPIB to access companies much earlier in their development, giving it even more opportunities to invest, said Judy Wade, a managing director and leader of the San Francisco office. “We can invest across the entire life cycle of a company – from start-up to private equity to public, as well as with multiple investment products.”

Previously venture leader for McKinsey & Company, Wade oversees 18 professionals in San Francisco who represent venture capital, direct PE, thematic investing, active fundamental equities, energy and resources, portfolio value creation and research and innovation. “We need to be here on the ground to generate alpha not just for VC, but for the other investment departments, whether it’s real assets and real estate or direct private equity or our credit group,” she said.

As hoped, investment team members who are not part of the VC programme are keen to learn more about it. “We recently did a VC panel internally with GPs from Accel, a16z and YC [Y Combinator] and it was one of the highest attended events internally,” Adractas said. “It is further proof of the impact VC is having across all investment types.”

The VC programme does not have a set size range for commitments. It has written cheques from $7 million for Sequoia Capital US Growth Fund VIII to as much as $295 million for Sequoia Capital Global Growth Fund III. It typically commits about $50 million, as it did for the sophomore fund from Radical Ventures, a Toronto venture fund focused on artificial intelligence and technology. “We are long-term investors and manager-friendly, therefore flexible,” Adractas said.

As is typical, CPPIB looks for managers with strong records and teams and distinctive strategies. Just as important, Adractas says, are “venture managers that will be great strategic partners to us and with us – managers that will trade insights, who want to work with us on specific transactions, and managers in which we can make fund capital investments that are multi-year, multi-decade long”.

Because it has its fingers in so many pies, CPPIB is eager to work with GPs who like to collaborate. Adractas said: “Many of our VC and PE managers have been great partners, for example identifying co-investment opportunities, facilitating portfolio company introductions, and/or trading perspectives and insights.”

In particular, she is looking for managers that fall into three buckets. The first is for “established, top-tier firms that have long previous track records of success”.

The second is for “late stage and venture growth managers that have strong returns but also have an acute interest in a partner for co-investments and other dealflow”. For example, the venture programme co-invested with its GPs twice: it participated in a Series D round for mobile gaming company Scopely last year and in digital health company Hims & Hers in March.

The third is for firms with a thematic focus. “They really bring a differentiated expertise or network,” Adractas said. “One of the managers we recently closed was Y Combinator. That’s one we’re really excited about because they are one of the preeminent start-up accelerators in the venture community.”

This is not to say CPPIB is not interested in brand new firms or spinouts. “We’re excited about emerging managers,” Adractas said. “There’s a lot of potential there.”

As for funds led by Black founders or women, Wade said: “Like our investments, we consistently look for partners that align with our values and beliefs. Diversity is certainly central to that belief system as well as a clearly defined strategy and track record as important elements for partnership”. CPPIB’s latest annual report notes that women make up 46 percent of its employees and hold 31 percent of its senior positions.

While CPPIB has no formal plan to allocate more capital to venture once the initial $1 billion is committed, that should not be interpreted as a sign of uncertainty. Wade noted: “We are long-term committed to the venture capital program.”

Commitment range: Flexible. Has committed as little as $5 million to as much as $250 million