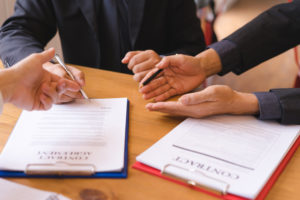 The California Public Employees’ Retirement System’s new co-investment programme will roll out at the end of this year or in 2020, according to the $387.81 billion pension plan’s investment advisor, Steve Hartt of Meketa Investment Group.

Co-investments enable CalPERS to allocate capital in an “LP-friendly fee way” – referring to the fact that co-investment is usually fee-free and carry-free – and help it expand relationships with its GPs, Meketa’s Steve McCourt said at CalPERS’ 18 November board meeting.

CalPERS’ co-investment programme was suspended in 2016, and slow response time had prevented the pension from executing on co-investment opportunities, board member Dana Hollinger said at a 15 April investment committee meeting.

Subsequently, a revision on prudent person requirements in the total fund policy provided staff with additional flexibility to respond rapidly to co-investment opportunities, according to Meketa’s report for the 18 November meeting.

CalPERS is focused on opportunities sourced from its core managers, Hartt said at the board meeting.

The new private equity strategies Pillars III and IV are not on the “front-burner right now”, according to Hartt. Staff has done much work on the new strategies and there is “continued thought process to see if that will make sense moving forward”, he noted.

To that end, CalPERS must expand its core managers group and add more separate accounts to reach the target allocation of 8 percent, Meketa’s report said. Exposure was 7.1 percent as of 30 June, according to a staff presentation for the 18 November meeting.

CalPERS’ core group of managers is comprised of 30 private equity GPs, and the pension system allocates to new managers through its emerging and transition managers programmes, Hartt said.

For instance, CalPERS committed $6.7 billion to 17 funds and one separately managed account in fiscal 2018-2019. Of these, 15 commitments were re-ups and one was a transition manager from the emerging manager programme. It also added two new managers, which CalPERS had previous exposure to through its California Emerging Ventures II or Capital Link Fund, Meketa noted.

The bar to becoming a CalPERS GP is “incredibly high” and the pension system follows a stringent underwriting process, according to Hartt. More than 30 managers matched its high standards, but the final managers list would be smaller.

At $4.5 billion, separately managed accounts make up 17 percent of the private equity portfolio, but Meketa noted CalPERS had completed only one SMA in each of the two recent fiscal years. “We believe that SMAs could provide efficiencies and cost savings for CalPERS compared to co-mingled fund investments.”

CalPERS’ private equity team has shrunk from 50 positions in June 2016 to 30 positions as of 1 October, and the pension system will need to hire staff with additional skills to identify, execute and monitor its increasingly complex portfolio as the investment pace increases in the near future, Meketa’s report said.

The reason for the decline in private equity staff is unclear. CalPERS and Meketa declined to comment.

In addition, while CalPERS’ “historical experience has not been particularly strong” in venture capital, the pension system was reviewing its strategy, according to managing investment director for private equity Greg Ruiz.

“We are trying to find ways to get us back into the community and get capital investment into our portfolio but the fact that we have been out of market for so long, there is catch up [needed],” chief investment officer Ben Meng said at the meeting.

CalPERS’ $27.64 billion private equity programme has generated $34 billion in net cashflow since 2011, delivering the strongest returns among all asset classes in the three-, five- and 10-year time periods. It is expected to remain an important contributor to CalPERS going forward, according to Meketa’s report.

While CalPERS has a strong underwriting process and the ability to deploy at the current investment pacing target, challenges could come in a different market environment or when managers are not raising so much capital, Hartt said.