The Carlyle Group has agreed to acquire around half of GCR, Africa’s largest credit rating agency, from the management founders and German development finance institution DEG, according to a statement from the firm.

Following the transaction, Carlyle will be the largest shareholder, holding around half the company’s equity, while management and DEG will remain invested in the business.

Further financial details of the transaction were not disclosed.

Headquartered in South Africa, GCR serves 400 customers across 20 countries, and is the only rating agency to have a strong presence in multiple geographies across the continent, Carlyle said. The company serves four key sectors – insurance, financial institutions, corporate and public sector entities, and structured finance – providing a range of analysis and rating services.

“GCR is a high-quality business and well-positioned to benefit from the strong secular growth in demand for credit ratings across the continent,” Steve Burn-Murdoch, a vice president on the Carlyle Sub-Saharan Africa team, said in the statement.

“The business plays a critical role in deepening African capital markets and we look forward to working with management to continue to develop and broaden the company’s service offerings.”

Eric Kump, co-head of the Carlyle Sub-Saharan Africa team, said the firm would work with management to continue GCR’s growth.

“We are delighted to be able to bring our strong African experience, while also leveraging our global expertise in this sector, through our investment in DBRS, an international credit ratings agency headquartered in Toronto, Canada, to assist with further geographic expansion.”

Kump took over as co-head of the Sub-Saharan Africa team last year following the departure of Marlon Chigwende.

Chigwende has since teamed up with KKR’s former regional head for Africa Kayode Akinola to launch Arkana Partners, which will focus on mid-cap opportunities on the continent, as reported by Reuters.

Carlyle is making the investment in GCR with capital from its $698 million Sub-Saharan Africa Fund, which closed in April 2014.

To date the fund has invested more than $300 million across a range of industries and geographies, the firm said. GCR is the fund’s eighth investment.

Other investments in the vehicle include CMC Networks, in which the firm acquired a majority stake from Investec Private Equity in November, and a majority share of Amrod, a South African supplier of promotional products and clothing.

Carlyle invested $147 million in Diamond Bank in 2014. Since then the bank has suffered the effects of a plummeting currency and foreign exchange shortages, with its price per share dropping from 5.58 naira per share at the beginning of 2015 to 1.19 naira per share today.

“The portfolio is performing in-line with expectations and we are happy with the performance,” Kump told Private Equity International. 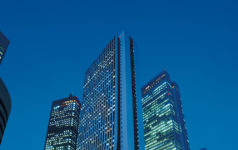