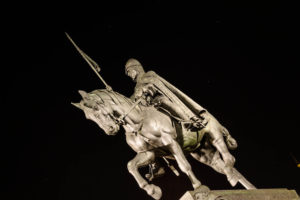 In the run-up to the financial crisis, the fundraising environment in Central and Eastern Europe was positively heady, as global institutional investors started to pick up the slack from the development finance institutions that had long supported the region. When the crisis hit many of these investors fled, leaving GPs struggling to raise funds with targets that did not reflect the new, straitened environment.

After a period of wound-licking and lesson-learning, some of that exuberance has returned. Total private equity fundraising in CEE reached €621 million during 2016, a 62 percent year-on-year increase, according to trade body Invest Europe.  Aggregated fundraising figures for the region can appear lumpy due to the dominance of a few established players. Last year Enterprise Investors managed to raise €500 million in just three months, and the return to market this year of Mid Europa Partners, the largest regional specialist, seeking €850 million, suggests more milestones will be surpassed.

It’s not all about the big names, however. Private Equity International understands that mid-market manager Innova Capital is targeting a first-quarter final close on its Innova/6 fund, with the aid of a GP-led process on Innova/5. Value4Capital, whose V4C Poland Plus fund is seeking €150 million, also hit an €80 million interim close in January.

What factors are driving this rise in fundraising? And are they more or less sustainable this time around?

The macroeconomic picture is positive, with consultancy firm Capital Economics expecting gross domestic product in the region to grow 2.5 percent in 2017 and 2.6 percent in 2018.

At the same time, large recent deals such as the $3.25 billion acquisition of Polish e-commerce platform Allegro by Cinven, Permira and Mid Europa are showing global institutional investors, particularly those from outside Europe, that large amounts of money can be put to work in CEE.

Investment into CEE-focused funds from outside Europe stood at €133 million in 2016, according to Invest Europe, nine times higher than the year before, with US investors making up a bulk of this increase.

There’s also a sense that the GPs focused on the region have matured since the crisis. While the successes of the mid-2000’s saw some, notably Enterprise, greatly increase the size of their follow-up funds just as the crisis set in, there’s no sign of that this time around.

“Enterprise raising its fund in three and a half months is due to their consistently good returns, but also the fact that they are strictly sticking to their strategy and have defined their perfect fund size [of around €450 million],” said an investor in one of its funds. “They experimented a bit higher up and have taken on the lessons.”

Of course, one swallow does not a summer make. While Enterprise may have had a barnstormer, its Polish counterpart Abris Capital Partners took 16 months to raise €500 million – not bad, but hardly indicative of a hot market.

Some of the names to come back to market in 2017 and 2018 face unique challenges. Mid Europa, for example, is undertaking its first fundraising round without founder and managing partner Thierry Baudon, who stepped down in July 2016. This case-by-case approach applies to individual markets as well; Poland and the Czech Republic may be particularly attractive markets, but concerns abound about Hungary and Turkey.

“Changes to regulation in industries that are already heavily regulated – energy, financial services -  this is particularly feared,” said one development financial institution. “And of course, the effect that could have on spending in the consumer sector.”

Aggregate CEE fundraising is certainly on the up. But success or failure is still very much down to the individual firm and the markets in which it operates.