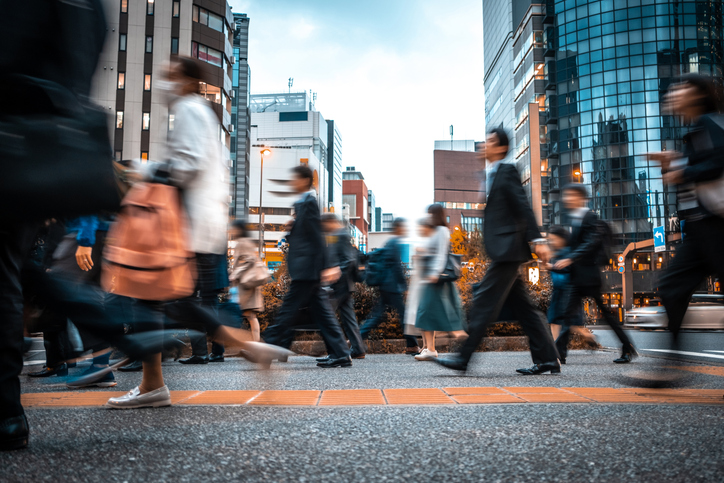 Two Asian fundraising platforms have come together in a bid to tap into Japan’s high-net-worth opportunity.

Tokyo-headquartered LUCA, launched in July by former Blackstone managing director Keiko Sydenham, has entered a strategic partnership with Singapore’s Xen Capital, per a Monday statement. The tie-up will see Xen – whose investors are mostly from Southeast Asia, China and Korea – build and operate the infrastructure for product distribution, client management, quarterly reporting and transaction settlement in Japan.

LUCA and Xen will also market funds on each other’s platforms.

The partnership comes amid a wider push globally by private markets firms to raise capital from private wealth clients. Though Asia’s private wealth opportunity is among the fastest growing, Japan still lags behind its peers when it comes to participation in the alternatives landscape.

“On the distribution side [in Japan] there’s less resources and they find it hard to explain the products or characteristics, or even terms of the funds to their investors,” Sydenham told Private Equity International.

“For them, historically, they’ve raised capital via equity funds or fixed income because it’s easier to explain. Even for institutional investors alternatives are kind of new – it’s kind of a time lag and it has to catch up.”

LUCA, which plans to soft launch its fund products in February, will initially operate a business-to-business model, dealing with private banks and wealth managers rather than directly with individuals. Its initial ticket size is likely to be $500,000 to $1 million – much larger than many of its peers – due to a regulatory exemption that only enables it to raise capital from 49 individual investors in any one fund.

“We have to start with this exemption limiting the amount of LPs coming in, which means that’ll probably start with a smaller number of players with a higher ticket size,” Sydenham said, noting that the firm intends to apply for a licence that would enable up to 499 individuals to participate. “In future, our aspiration is of course to go down to $200,000 or $100,000.”

Private markets participants such as Cambridge Associates and Credit Suisse are among those hoping to tap Asia’s burgeoning pool of wealthy individuals and rising appetites for alternative assets.

The region is expected to supplant Europe as the world’s second-largest ultra-high-net-worth individual hub by 2024, with growth expected in India, China and Indonesia, according to Knight Frank’s Wealth Report 2020. Though the average Asian UHNWI portfolio had a 7 percent allocation to private equity, versus 11 percent in North America and 8 percent in Europe, roughly one-third of bankers and advisers expected clients in the region to raise their allocation soon.

Sydenham’s alma mater Blackstone has made wealthy Japanese individuals a priority and expects to raise billions from this channel within three to five years, Nikkei Asia reported in 2020.

LUCA and Xen’s peers are also bullish on the region. Berlin-based Moonfare opened an office in Hong Kong last year and expected the region to account for 25 percent of its fundraising in 2021, PEI reported. ICapital Network, an online alternatives platform representing about $105 billion of assets, last year appointed the former head of Asia at placement firm Probitas Partners, Edwin Chan, to lead its newly launched Hong Kong office.

“We have already quite a few clients in [Asia], so it was a natural move for us to set a presence there,” Marco Bizzozero, head of international at iCapital, told PEI at the time. “In terms of location, Hong Kong and Singapore’s kind of the primary focus, but we’re already thinking about other regions and other large onshore markets. Obviously, we are looking at Japan, we will look at China, we will look at South Korea.”