Research has identified the private equity firms most likely to be bought by a GP interest fund as capital floods into the space.

GP stake vehicles traditionally favour managers with between $10 billion and $25 billion in AUM, a segment that is becoming oversaturated, according to PitchBook’s Raising the GP Stakes. Fewer than 50 managers in this category are unlisted or not backed by private equity.

Pressure to deploy capital and a smaller opportunity set could prompt GP stake funds to target smaller managers, the report said. None of the GP stake investments completed in 2019 have been in managers with more than $20 billion of AUM.

Firms that have received a GP stakes investment in the past three years have stepped up their fund size by nearly twice the industry average. Large step-ups make for a more appealing target as it points to strong AUM growth and means the firm’s partners could require additional capital to meet their GP commitment.

The report identified 25 firms with less than $25 billion that would be prime targets for a GP stake investment. The list includes London’s Inflexion Private Equity, which has raised $9.3 billion in total and completed a 59.8 percent step-up in size for its most recent fund, and New York’s Sycamore Partners, which has raised $8.3 billion and achieved a 90 percent step-up.

Five secondaries firms, including industry heavyweight Coller Capital and Glendower Capital, were also named as potential targets, given that the sector is relatively untouched by GP stake funds.

GP stake funds will soon have significant dry powder to put to work. Neuberger Berman‘s Dyal Capital Partners unit is expected to collect more than $7 billion for its fourth fund and Blackstone‘s Strategic Capital Holdings has almost doubled the target for its second fund of firms to $6 billion.

Goldman Sachs’ Alternative Investments and Manager Selection Group is understood to be seeking $4 billion for its next Petershill fund.

Appetites for GP stake funds are disproportionately large. At least 17 percent of limited partners had already invested in GP-interest vehicles and a further 19 percent will consider doing so in future, according to Coller Capital’s Global Private Equity Barometer 2018.

Competition for larger targets has also led to the emergence of smaller funds of firms. Volunteer Park Capital, a unit of Goodhart Partners, is seeking $200 million to invest in mid-market managers and newcomer Stonyrock Partners has partnered with Leucadia Asset Management to raise a $1 billion permanent capital vehicle targeting GP stakes investments in mid-market GPs. 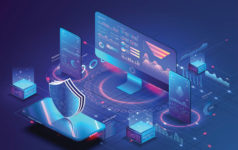 GIP’s Ogunlesi: Systemic racism is not a ‘thing of the past’