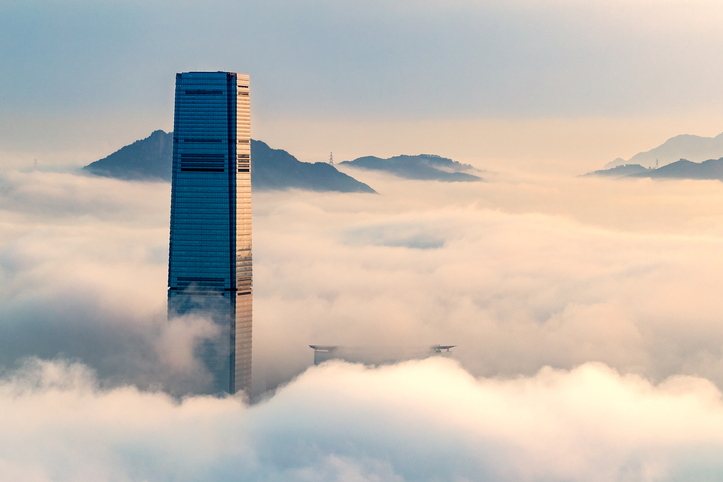 Hong Kong’s promise to introduce one of the world’s most competitive tax treatments for carried interest has gained new significance after China passed a new national security law on Tuesday.

The city’s financial secretary, Paul Chan, confirmed plans in February to provide unspecified tax concessions for carried interest issued by private equity funds with operations in Hong Kong. This would mark the latest in a series of efforts to cement its position over Singapore as Asia’s pre-eminent asset management hub.

Hong Kong’s appeal might be threatened by the May announcement of a sweeping law to prohibit acts of foreign interference and subversion, which Beijing passed into legislature, Chinese state-run news agency Xinhua reported.

The city dropped three spots on the IMD World Competitiveness Ranking in late June to fifth and could face an exodus of wealth or talent to Singapore – concerns the Hong Kong Investment Fund Association is reported to have dismissed.

Japan is also making overtures to Hong Kong’s financial community and could introduce a short-term visa waiver for inbound executives or temporarily lift a requirement that managers have a permanent office address in Tokyo, the Financial Times reported, citing people familiar with the situation.

“If the fund industry is skewing towards Singapore, then we will have a nightmare situation: individual money will go to Singapore and they’ll invest through Singapore funds,” Patrick Yip, vice-chairman and international tax partner at Deloitte China, told Private Equity International.

A strong Hong Kong fund industry could lure high-net-worth capital back from Singapore through institutional investors like private banks, Yip said. This in turn could promote employment, office rentals and spending in the Special Administrative Region.

“You’re shifting this money back to Hong Kong as an LP,” he added.

Asset and wealth managers in Hong Kong oversaw $3.1 trillion as of 31 December 2018, versus $2.5 trillion in Singapore, according to the SAR’s Securities & Futures Commission.

Hong Kong’s viability as a fund management destination for those eschewing the Cayman Islands – which has tightened economic substance requirements – could swing on the strength of its carried interest tax reform. This could vary from a preferential tax rate or recognising carry as an exempt capital gain.

“The government is very proactive in trying to come up with a solution, but they’re also in a bind,” Yip said, noting that an exemption could be poorly received by the non-financial community.

“They’d be thinking all these rich people and rich managers don’t have to pay tax on what most people may think is just a big bonus, but we have to pay tax on our one-month bonus. So there’s a social, public policy relationship that the Hong Kong government needs to deal with.”

Since 2016, Hong Kong’s Inland Revenue Department has treated carried interest as a fee and subject to tax in the hands of the manager or the advisor operating in the SAR, according to a KPMG note.

Changing this stance would be going against the grain of most established private equity hubs, sister title Private Funds CFO reported last year. The US has tweaked the rules to make carry behave more like income if the investment is not held for the long term, as has the UK.

Hong Kong’s offering could be somewhere in the middle, Yip said.

“If they say, ‘Let’s give you some concession,’ then we’re talking about either a preferential tax rate or some sort of requirement that you need to fulfil that would make the masses in Hong Kong believe that there’s some give and take.”

Singapore offers a financial sector incentive scheme that taxes fund managers at 10 percent, rather than the general 17 percent, provided they are licenced, employ three experienced investment professionals and have at least S$250 million ($179 million; €160 million) of assets under management.

“The decision on whether or not to use the HK LPF is primarily dependant on where the GPs are looking to fundraise from, as the LPs heavily influence where a fund should domicile,” said Michael Wong, a Hong Kong-based partner at law firm Dechert, noting that clients were exploring this structure for their next funds.

“For example, there is actually a stronger case for GPs to use HK LPF if the LPs are predominantly from China.”

Hong Kong’s latest regime has similarities with the popular Cayman Islands structure, such as limited liability for LPs that aren’t involved with the management of assets.

“When the government did the soft consultation and we passed on our comments to them, one of the things that we mentioned was that the Hong Kong structure needs to be flexible and friendly to both GPs and LPs in the way that a Cayman Islands limited partnership is,” Wong said.

The structure requires that general partners either be incorporated in Hong Kong or that foreign entities are registered in Hong Kong as a non-local company.

“This is particularly helpful to investors as if an investor needs to make a claim, it is likely to be able to do that to the GP with a Hong Kong structure because the GP is either incorporated here or has a place of business here,” Wong added.

“In that regard it’ll be a lot easier for LPs to go after the GP, unlike the Cayman Islands structure where the LPs may have difficulties bringing action against the GP overseas or in other jurisdictions.”

The SAR’s appeal to fund managers extends beyond legal and regulatory benefits: its handling of the coronavirus pandemic has reported 1,206 cases and seven deaths as of Tuesday, compared with 43,661 cases and 26 deaths in Singapore, according to the Hong Kong government and the World Health Organization.

“People do have a bit more confidence in what Hong Kong can do, despite all these negative undercurrents,” Yip said.

“Right before coronavirus and after the social unrest in Hong Kong occurred, a lot more clients asked me about moving money from Hong Kong to Singapore, but after coronavirus we’ve heard a lot less of these requests. Instead people are asking about setting funds up in Hong Kong and taking companies to IPO [here].”

“If you do a lot more things in Singapore but want to take the company public in Hong Kong, it’s not that convenient,” Yip added.

“With all these negatives and positives, it’s likely 50:50 right now with Singapore. I think this carry thing may just be enough to tip the scale in our favour.”