For any managers hoping to appeal to the California State Teachers’ Retirement System, the best route is going direct.

Like most of its peer group, the second-largest institutional investor in the US historically leaned on external managers, specifically via their commingled funds, for exposure to private markets. However, to exercise more control over its portfolio, cut fees and, ultimately, achieve better returns, the $240 billion pension is making a concerted effort to manage more assets internally.

While the system has participated in separately managed accounts, co-investments and joint ventures for decades, particularly through its real estate allocation, it has adopted a new portfolio-wide strategy that brings these alternative structures to the forefront. Known as the ‘collaborative model’, this approach calls for CalSTRS to play a more active role in its investments, be it through bespoke club deals, partnerships with other institutional investors, or acquiring operating companies to act on its behalf.

The collaborative model is equal parts investment thesis and branding tool. CalSTRS believes it can achieve substantial cost savings by keeping assets in-house. Justifiably so – in 2017, it managed 44 percent of its portfolio internally at a cost of $30 million compared to the $1.8 billion it paid external firms in management fees for the other 56 percent. At the same time, it also wants to send a signal to managers large and small, as well as other investors, that it is open for business, so long as the arrangement fits its terms.

“This is a vision that we want to execute across the asset classes,” CalSTRS deputy chief investment officer Scott Chan told sister publication PERE. “It’s become the most meaningful implementation platform for CalSTRS and we want to be able to communicate it well to the market, to our potential partners, to our peers, to the [state] legislature, to the [CalSTRS] board and to our clients.”

Led by CIO Christopher Ailman, the CalSTRS investment team identified the collaborative model as a system-wide priority in 2017. The decision came after an internal evaluation found that 97 percent of its non-carried interest expenses were going to outside managers. The following year, Chan was hired away from the University of California Regents where he headed the governing board’s $55 billion global equities portfolio. As second in command at CalSTRS, it is his task to implement the vision.

One strategy, many styles

All asset classes, both public and private, will fall under the umbrellas of the collaborative model, but CalSTRS will approach each allocation slightly differently. To facilitate more co-investment in private equity, it will empower its staff to make swifter commitments. For real estate, it will focus on acquiring operating companies and forming joint ventures with sector specialists. As it builds a more customised infrastructure portfolio, it plans to seek out like-minded institutions to invest alongside.

One of CalSTRS’ biggest gripes with closed-end fund structures is their rigidity. As a limited partner, it has no meaningful say about what assets are acquired, or when they are bought and sold. With flexibility factoring so heavily into the collaborative model, Chan says he is reluctant to weigh it down with such mandates and hard targets.

The real estate team hopes to hold 70 percent of its assets in long-term structures; private equity will try to double its co-investment exposure from 7.5 percent of its allocation to 15 percent – which would equate to a jump from $1.6 billion today to $3.2 billion – and, overall, Chan hopes CalSTRS will save between $300 million and $500 million over the next five years. Otherwise, unlike the strict, visible framework of the fund’s strategic asset allocation and its 500-plus benchmarks, this philosophy will largely play out behind the scenes.

“This isn’t a model that is closed,” director of real estate Mike DiRé said. “It’s not like we’re getting rid of all our manager relationships, or we’re only open to a certain structure going forward. CalSTRS is open for business and we just want to take a more progressive thought toward the way we structure relationships going forward across asset classes.”

Having a closer alignment with its managers will allow CalSTRS to “create a better and more intentional risk culture” by more easily comparing investments across asset classes, Chan said.

“In the margin, we can understand the risks we’re taking against our strategic asset allocation, what return we’re getting and if they are commensurate with what we expect, or if we should be doing something else,” he says. “It allows you to create a common language to compare across assets and have your asset classes compete against each other.”

The ‘partner of choice’

To participate in more direct transactions more frequently, CalSTRS will need to increase its capacity to find, underwrite and execute deals. It plans to beef up its investment team over the next five years, possibly growing the staff from 180 to more than 300. But that would be just the tip of the iceberg, Chan explains.

“For the organisation, it’s a bit like throwing a pebble into a pond and seeing a ripple effect,” he says. “If we’re growing our investment organisation, we’re going to need more legal support, more tech support, more procurement support, et cetera, et cetera. This is an effort where we need to get to a point where we become more and more the partner of choice. And to do that, it’s a whole organisational effort.”

In addition to attracting more talent, CalSTRS also is committed to retaining it. As Chan notes, it would be difficult for partners to throw support behind an organisation with frequent turnover. However, this is easier said than done, as investment professionals that rise through the pension ranks often draw the attention of private employers capable of paying higher salaries with better incentives.

Herein lies a central issue for CalSTRS and other public pensions interested in building robust internal investment teams: they must spend on compensation, travel and other expenses to save money in the long run. In the US, where top talent has plenty of options and constituents are wary of government spending, staff pay has proven to be a difficult hurdle to clear.

Despite broader constraints on staff pay, DiRé says CalSTRS has been well supported in its efforts to buck the trend. “The board has been very progressive over the years to move in the direction of creating salary structures that work.” Continuing to do so is imperative, Chan says, to building a team worthy of the partnerships it seeks and to keep pace in what is an increasingly competitive field.

“If we looked at a peer group in APG, GIC, any of the Canadian funds, they have more people, they’re moving faster than we are and they don’t have any of the rules or regulations that we have to work within as a state agency,” he says. “Their only rule is to make money.”

The CalSTRS compensation committee is reviewing the system’s pay scales too, according to the fund’s meeting documents. It plans to adopt new salary ranges for investment managers in March 2020 then implement them the following July.

Other pension funds that have pursued direct investment models have set up satellite offices to attract talent and get broader exposure to deal flow. The Teachers’ Retirement System of Ohio, which has had a direct investment program since the 1980s, has outposts in New York, San Francisco and Atlanta. The Teacher Retirement System of Texas, which has a newer direct investment program, opened a London office in 2015 and has its eyes on a Singaporean location as well. While CalSTRS has no plans to branch out beyond Sacramento – where it is adding additional office space – Chan said the fund might consider adding secondary locations or opening the door to remote employees.

“We’ve tapped a lot of great talent in this location in Sacramento, but we’ve got to be realistic in thinking about how much talent also resides in San Francisco, LA and other areas,” he says. “We’ve got to be creative in thinking about that, particularly if we think on the investment side that we’ll eventually go from 180 to a little bit over 300.”

As more large investors opt for direct approaches, managers are faced with a decision: accept reduced fee revenue or look for capital elsewhere. While some firms are unwilling to adapt to these more collaborative approaches, many have been happy to accommodate.

“It’s a little bit bifurcated for managers,” Walter Stackler, managing partner of Shelter Rock Capital Advisors, says. “Some fully discretionary fund managers are happy with what they have and don’t want to change to a so-called collaborative, non-discretionary model. But it works well for the smaller managers as well as larger managers looking to expand their business into new product lines.”

Several top managers, including those that have executed non-fund investments with CalSTRS either declined to comment, or were not available. 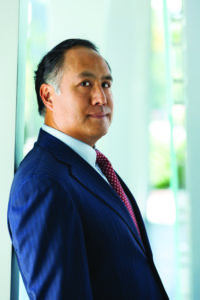 A managing director of another capital advisory firm who declined to be named says he has seen an influx of work in non-fund structures. Along with the desire to cut fees, many investors, including CalSTRS, want to hold onto stable, income-producing assets longer than most closed-end fund structures allow.

Others want the ability to say yes or no to certain acquisitions. Some of these arrangements can even be favorable to managers, he says: “The manager may prefer a smaller team at the limited partner level because they don’t have to deal with a larger team of people micromanaging them and poking holes in their assumptions as much.”