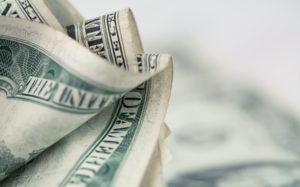 Are LPs aware of the impact of currency fluctuation on returns?

In the past LPs were less aware of the currency exposure in their underlying alternative investments. The combination of returns being under pressure and higher currency volatility means that the impact on the overall fund return is much more marked than in the past.

There have also been a few other factors that have led to the rise in hedging. There is the rapid growth of the private capital sector, from $3 trillion three years ago up to more like $6 trillion. With that growth you’ve seen competition for capital from LPs. You naturally start to see managers try to differentiate themselves through more active risk management and showing how professionally they run their platforms.

Another area is competition for returns. A huge amount of capital is chasing private assets and as a result you see IRRs come under pressure. Anecdotally, we’re seeing currency volatility increase. Managers that are competing for returns are becoming more sensitive to those currency moves.

Has the competition also led to PE firms looking outside their traditional markets?

Not that long ago, the UK was the centre of buyout activity in Europe. More recently we’ve seen even traditionally UK-centric managers including a portion of their mandate that can be invested across Europe, the Nordics or in emerging markets. This is all driven by the amount of capital that’s been raised and the competition for assets, which is forcing GPs to become more creative.

How can private capital funds hedge against FX risk?

In the buyout space, you typically see two forms of hedging. There’s sale and purchase hedging, where you sign a purchase agreement for a business and hedge the acquisition cost, which will be exchanged at financial completion in a month or six weeks’ time.

Then there is net investment hedging, hedging the value of your overseas investments longer term. For a PE fund that is £1 billion ($1.3 billion; €1.1 billion) in size that has 30 percent of its portfolio in Europe, it might have a £300 million rolling hedge programme to offset any euro currency volatility. It is still a minority of buyout funds that are doing this type of hedging – less than 30 percent. The volume we have seen has doubled in the last calendar year compared with the year before.

The real consideration for the client is what is the impact on my portfolio versus the cost of putting the strategy in place? Once they’ve made that decision, how much do they want to hedge – the acquisition price, a portion of that or some element of the expected return?

How much does this cost?

For a typical corporate, when they enter into hedges they usually have a good sense of where the market is because they have experienced treasury desks. In the private capital space, only the largest managers will have that experience in house.

Also, typical trading arrangements are collateralised. Because a corporate treasurer, asset manager or traditional financial institution typically has cash liquidity available during the ordinary course of their business, they’re very able to post margin throughout the life of a hedging arrangement. The global FX market has evolved with this being the vast majority of the client flow.

In private capital that’s extremely inefficient. Private capital funds have a committed capital structure; the last thing it wants to do is draw money down from its investors, which is going to get the hurdle clock ticking, then post it to a bank to sit in a margin account.

That becomes costly because that capital is typically priced at 8 percent, or whatever the expected return of that fund is, so the absolute number one cost for hedging has always been the liquidity cost – the risk they might get called for margin or collateral from a bank.

How can firms get around this?

Where possible we have introduced credit-intensive hedging lines for our clients. GPs share their reporting with us each quarter and so long as things are continuing as expected, we’ll never ask them to post margin, so they don’t have that liquidity risk. Additionally, where the circumstances are right and it is deemed appropriate to do so we will allow clients to move the delivery dates of their hedges without requiring any settlement.

Those changes mean that the client no longer has the liquidity drag of a traditional net investment hedging programme. Depending on how big mark-to-markets get and their cost of capital is, this could provide a huge client benefit.

As for what the these credit-intensive hedging lines cost, it varies depending upon tenor and the volume hedged. Relative to the typical returns our clients are seeking and to the advantage of not being asked to post liquidity, that’s extremely efficient.

Michael Slane has been with Investec Bank since 2009, becoming co-head of the funds client group in April 2019. Prior to that he was head of fund solutions, establishing a treasury and trading business for funds across alternative asset classes.