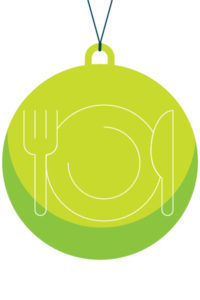 The war in Ukraine and its disruption of grain and fertiliser exports is the latest disaster to drive global hunger, compounding the effects of covid-19 and increasingly erratic weather patterns. The World Food Programme estimated in June that 345 million people are struggling to meet basic food needs – an alarming increase of more than 200 million in the space of just two years.

On top of these crises, all the evidence suggests that the global food system is inherently dysfunctional. Some 3.1 billion people are unable to afford a healthy diet, according to a report published in July by the UN’s Food and Agriculture Organization. Meanwhile, up to 30 percent of food is wasted, accounting for 8-10 percent of total greenhouse gas emissions in 2010–2016, per an Intergovernmental Panel on Climate Change report.

Impact investors are starting to pay attention. The Global Impact Investing Network’s 2020 survey found that 19 percent of impact investors’ AUM is allocated to forestry, food and agriculture. “Everybody sees that we need to look at our existing ways of producing food,” says Andreas Nilsson, head of impact at Golding Capital Partners.

This recognition that action is needed does not often translate into private equity firms investing directly into primary agriculture in emerging markets. The dominance of smallholders in the agricultural systems of many countries makes it difficult to find investable opportunities; instead, investments typically focus on logistics and distribution.

Nilsson highlights how strengthening food supply chains can help to solve problems with waste and ensure more food reaches consumers. “You basically have inefficient transport post-harvest. The products don’t make it to the consumer because of a lack of cold chains and other problems along the way.”

However, in developed markets there is more scope for PE firms to invest directly into food production, including in innovative techniques such as vertical farming. Eli Aheto, a managing director at BeyondNetZero – the climate investing venture established by General Atlantic – says vertical farming can be a more efficient and less wasteful way to grow food: “There are multiple benefits. There are cost savings for consumers, there are efficiencies for businesses and consumers, there’s an economic opportunity and there’s a greenhouse gas reduction opportunity.”

Vertical farming was pioneered in the Netherlands and is showing signs of taking off in the US. Vertical farms close to the east coast, for example, can reduce the food miles of produce that is currently trucked from California – a state where water scarcity is making traditional agriculture more difficult.

But Aheto predicts that import-dependent countries in Northern Europe, as well as in the Middle East, may ultimately prove to be more significant markets. “A lot of those countries recognise that they are importing a lot of basic products and really want to reduce that exposure,” he says. “I think they will prioritise the self-sufficiency that comes with being able to produce more and more produce within their own borders.”