One in five respondents to the PEI LP Perspectives Survey 2019 indicated they are underallocated to private equity, and there are several contributing factors. Strong performance in recent years has driven investors to gradually ratchet up their allocations, leading to a perpetual state of “catching up” with their own targets.

Added to this, private equity distributions have outweighed capital calls for the past five years, according to data from private equity software provider eFront. In fact, in the last quarter of 2017, LPs had an average of 1.2 percent of their committed capital to a given fund called, versus distributions of 3.5 percent.

“Distributions back to investors have continued to be incredibly robust, and as a result, investors are having to turn right around and put money back to work,” says Andrea Auerbach, global head of private investments at Cambridge Associates. This “indigestion of success” is a challenge for many LPs.

This is compounded by strong performance of public equities portfolios leading to a “reverse denominator effect” – a bloated equities component squeezing the same dollar-value of private equity investments into a smaller proportion of the overall investment portfolio.

Within the private equity bucket, LPs are most excited about growth strategies; 29 percent are looking to increase their target allocation. And investors could be on to a winner here: analysis by Cambridge Associates found that half of companies that grew revenue 20 percent or more while under ownership were sold for a 3x multiple or better.

“Growth is scarce. In any market environment, companies will pay for growth,” Auerbach says.

In terms of emerging markets, nearly 85 percent of respondents are considering Asia-Pacific for investment in the next 12 months. Excitement for the region has been palpable over the last few years, with prominent LPs such as the California State Teachers’ Retirement System affirming their intentions to commit more capital there.

Underlying reasons for the increased appetite include the region’s GDP growth rates of at least 6 percent, its rising middle class, and the growth opportunities and investment themes around disruption that are expected to generate outsized returns, LP sources told Private Equity International in September.

Enthusiasm for private equity is, of course, tempered by a healthy dose of concern. Respondents indicated that extreme market valuations are likely to have the greatest impact on performance over the next 12 months.

Private equity sponsors paid on average 14x EBITDA for US assets and 11x in Europe last year, according to data from S&P Global Market Intelligence, and 14.1x in Asia-Pacific, according to Bain & Co.

“The biggest [concern we’ve heard from LPs] is how you respond to the excess supply of buyout capital pushing up prices for assets; that’s the bit the LPs are working hardest to understand,” says Christiian Marriott, head of investor relations at European buyout firm Equistone, which closed its sixth flagship fund on €2.8 billion in March.

“In particular, they’re trying to get comfortable with many GPs using higher leverage on the basis that it’s being provided on very sponsor-friendly terms, in terms of covenant headroom and equity cure rights.”

Another indicator we are late in the cycle for private equity are instances of “style drift” among LPs; 55 percent of respondents said they see occasional examples of this among their LPs, and a further 8 percent consider it widespread.

“We’re nine or 10 years into the cycle, so you have a lot of investment professionals trying to put capital to work that haven’t necessarily experienced volatility. Their awareness of the risks they’re taking may be dulled,” says Auerbach.

This emboldens managers to extend their strategies into different sectors, market segments and geographies.

“Style-drift tends to occur right now,” Auerbach adds. “It doesn’t occur when you’re in a trough.” 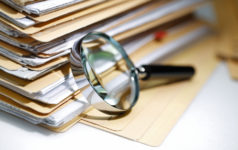