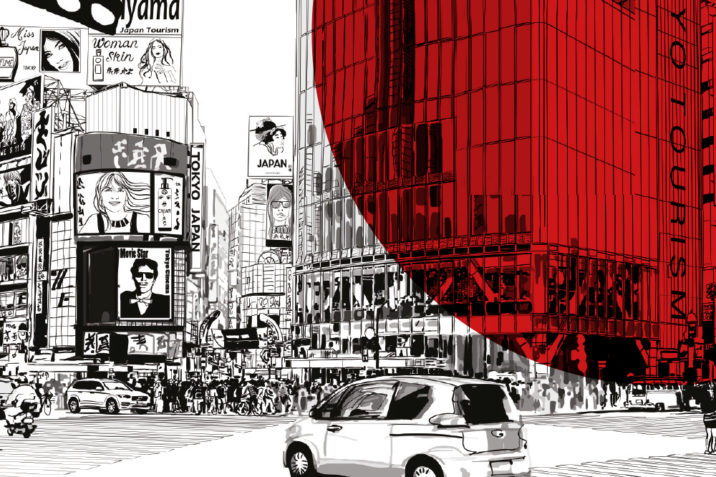 Growth in the Japanese private equity market has attracted an influx of global private equity firms in recent years. Apollo Global Management planted its flag in Tokyo with an office in 2018, following a similar move by Pantheon several months earlier and Bahrain-listed Investcorp is among those in the early stages of developing a Japan strategy. They join the likes of long-time Japan players Bain Capital, KKR and Carlyle, which held a final close on its fourth Japan fund in March 2020 at 258 billion yen ($2.4 billion; €2.2 billion) — more than double the size of its previous fund — and has been in Japan for almost two decades.

We caught up with three seasoned executives at global private equity giants Apollo, Carlyle and KKR to discuss where they see the most promising opportunities as well as explore some of Japan’s unique challenges, while taking a look at what lies ahead.

Yamada is managing director and head of the Carlyle Japan buyout advisory team. He joined Carlyle in 2001 and has played a leading role in investments such as Asahi Security, Kito Corporation and Gakusei Engokai. He is a board member at Sunsho Pharmaceutical, Money Square and Sankyo Rikagaku and is vice-chairman of the Japan Private Equity Association.

Okamoto is a partner at Apollo Global Management and leads the firm’s private equity activity in Japan. Previously, Okamoto was a managing director at Bain Capital, where he was a member of the Asia Pacific private equity team for 11 years, responsible for overseeing execution processes for new deals and existing portfolio companies in Japan.

Tetsuji Okamoto: Japan is a large market with attractive fundamentals and strong government initiatives around corporate governance. These polices are conducive to an improving investment landscape and make it an increasingly attractive market to invest in.

Kazuhiro Yamada: There are substantial numbers of businesses facing succession issues in Japan, as well as an increasing number of Japanese conglomerates divesting non-core business units as a result of prime minister Shinzo Abe’s structural reforms. Combined with relatively low valuations and low financing costs, these conditions are creating a favourable investment environment in Japan. Japanese corporates are also becoming more open to partnering with private equity as a way of improving operations, growing revenues and expanding overseas.

Hiro Hirano: Yes, Japanese companies have significant potential to expand into global markets – that’s an attractive opportunity for global private equity firms like us as we can support companies in achieving growth and global expansion.

In addition, many terrific companies have over-diversified across industries over the years and are now looking to spin off businesses that, while profitable, do not advance their core strategies. Here, we see great scope for assisting with corporate carve-outs and restructuring where there are stable, defensive characteristics and strong growth opportunities in the current market environment. We are also seeing corporations seeking investors and partners like KKR with a global platform and strong industry network to assist with meaningful cross-border opportunities.

How has the investment landscape changed in Japan over the past three to five years?

KY: On a broad private equity industry level, we have seen a growing interest in the Japanese PE market as more investors, including pension funds, have increased their allocations to private equity and seen Japan as an attractive investment destination. More global PE firms have entered the Japanese market and established a local presence in order to capture the rising investment opportunities.

At a business level, the introduction of the Stewardship Code and Corporate Governance Code, in conjunction with the rise of shareholder activism, has brought about many constructive changes within Japanese companies. Major corporates are placing a stronger emphasis on optimising their business portfolios and divesting non-core businesses, creating a surge in large carve-out opportunities. Japanese companies have also become increasingly willing to partner with private equity firms as they discover the value it can add.

TO: I agree. Private equity has definitely gained credibility with Japanese corporations, especially in carve-out situations, where it is increasingly being used as a comprehensive solution enabler rather than just a provider of capital.

How does Japan compare with other markets in Asia as an investment opportunity?

HH: Japan is a core focus within our firm’s investment strategy for Asia as well as globally because it is an attractive market for M&A opportunities. Japan has been one of the most active global markets for KKR in recent years, and all of our activities have reinforced our strong and long-term belief in the market. Not only have we seen interest from Japanese companies wishing to partner with private equity to facilitate international growth, but we also see many Japanese companies as having a unique opportunity to enhance value through divestitures of non-core assets and streamlining core business units.

As companies look to divest businesses, we can leverage our unique investment experience and operational expertise within the Japanese market and beyond. Japanese companies possess tremendous potential to compete across global markets – they produce world-class services and products and export a unique culture which has global appeal.

In 2018, KKR became the first of its peers to issue a yen-denominated bond. This speaks volumes for the long-term optimism we have for the market and significantly deepens our firm’s ties to Japan. This capital allows us to pursue a wider range of investments and opportunities in the market over the long term, including funding potential acquisitions and investments in Japan that fall beyond the scope of KKR’s existing investment vehicles.

KY: Asia remains critically important for our firm, and Japan is certainly one of the most attractive geographies in the region – it benefits from compelling investment opportunities supported by strong economic fundamentals and attractive investment themes. In Japan, there is a significant number of companies with great business models and technology, and with strong growth potential. As long as 20 years ago, Carlyle saw huge potential in investment opportunities in Japan, and decided to establish a dedicated Japan buyout fund and to build a large investment team on the ground.

TO: When Apollo looks at Japan, our firm sees many high-quality and industry-leading companies. We seek to provide these companies with flexible capital solutions that support global growth and expansion opportunities. In some cases, we can provide solutions beyond traditional private equity, using our industry expertise and increasing access to the credit markets.

What key challenges does Japan pose for investors?

KY: One of the biggest challenges facing the Japanese market is the ageing population. While this has broader implications for the country’s economic growth, it is also creating investment opportunities in sectors associated with demographic changes, such as healthcare, and continues to drive succession-related deal opportunities.

A relatively slow decision-making process at some Japanese companies can also pose challenges. It’s therefore important to be patient and to establish long-term relationships with Japanese corporates.

HH: Japan is a stable, developed market with low growth potential and although foreign capital is sometimes viewed with caution within Japan, the low-yield environment creates opportunities for companies to enhance their growth through global opportunities and M&A strategies that enhance their core businesses.

Despite the economic challenges in the Japanese market – including demographics and national debt – we see Japan as having a greater reliance on international investors in the future and a great opportunity for growth. Our view is that our investments in Japan can help promote Japan’s broader economic agenda by transforming local national champions into global leaders and creating value-added operational initiatives.

What are the most promising sectors or opportunities?

KY: By sector, our team is focusing on consumer retail and healthcare, manufacturing and general industries, and technology, media and telecom. By deal type, there will be an increasing number of large carve-out opportunities as Japanese conglomerates focus on their core businesses, enhance shareholder returns, and become more efficient. Succession-related deals will also continue to grow as founders and CEOs age and the need for succession planning grows ever greater.

Further, there are many companies with great technology and manufacturing capabilities, but that lack the resources and network to expand domestically and overseas. We will continue to leverage our deep industry experience and One Carlyle network to help these companies grow globally – we have invested more than ¥300 billion ($2.8 billion; €2.5 billion) in Japan, including co-investments, to the end of 2019.

What developments will we see in the Japanese market over the coming three to five years?

TO: We expect to see a continued increase in deal activity tied to alternative capital. In this environment, providers, like Apollo, will help find creative solutions for corporates seeking capital outside of the traditional bank, bond and equity markets.

KY: We’ll see stronger dealflow across succession and carve-out deals, with both volume of transactions and deal sizes increasing. PE’s track record of value creation has significantly enhanced its reputation in the Japanese business community. The industry will play an important role in helping Japanese companies expand operations domestically and overseas, prepare for business succession, and execute carve-outs.