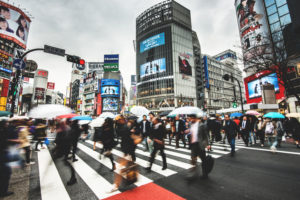 Tokio Marine Capital, one of Japan’s oldest private equity firms, will rebrand after agreeing a management buyout with its owners.

Tokio Marine Capital will be renamed T Capital Partners on 1 October, according to a statement from the firm. Terms of the transaction were not disclosed.

“Lots of people, particularly overseas investors, told us our performance is quite nice but they can’t commit because we’re a captive fund,” Sasaki said.

“Japanese private equity investors, particularly banks and insurance houses, know us very well so they don’t care about our captive nature, but little by little some pension funds learned an overseas view of corporate governance and sometimes talk about the weak points of captive funds.”

Captive funds could be perceived as less appealing to limited partners as the parent company may have the power to enact significant changes at the general partner level without investor approval or input, Sasaki said.

“The relationship between the parent and ourselves has been good, but the final question was our capital structure,” Sasaki said. “It was the only issue LPs had.”

T Capital was founded in 1991 as the corporate venture capital arm of Tokio Marine, according to its website. The firm began third-party fund management in 1998 and transitioned to a pure-play buyout shop in 2005.