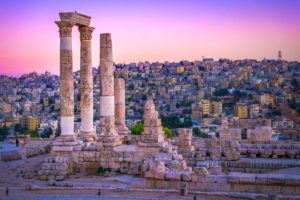 When 17 Asset Management founder John Morris started discussions with LPs about the firm’s debut fund for Jordan, the first thing investors asked was: “Why Jordan? Why are you starting a fund on Jordan?”

17AM, a New York-based asset management and advisory firm, teamed up with the Small Enterprise Assistance Funds, a Washington-based emerging markets investor, last year for the region’s first blended finance SME investment vehicle, the SDG Jordan Growth Fund. The fund has a $100 million target and an overall strategy to raise economic prosperity in Jordan by advancing gender equality and economic growth, Morris said at the EMPEA Sustainable Investing in Emerging Markets conference in London in October. Jordan is the primary focus of the fund, with up to 20 percent set to be invested opportunistically in neighbouring countries.

17AM has engaged with more than 750 stakeholders, including youth groups, refugees, entrepreneurs and government to identify sectors for product development. This helped identify eight investment themes in which returns are available: clean energy, financial services, media, healthcare, technology, tourism, manufacturing and education.

“Every one of the 10-12 SMEs we invest in will be prioritised through a refugee lens,” Morris said at the conference.

Jordan is among the countries most affected by the civil war in Syria, hosting the second highest share of refugees per capita in the world, according to a June report by the UN High Commissioner for Refugees.

Since 2011, the country has faced myriad socio-economic pressures stemming from the refugee crisis, including an increase in labour supply resulting in employment competition, a decrease in access to and quality of public services, and rising social tensions, according to the International Labour Organisation.

What’s attractive, then, about Jordan? The country has demonstrated consistent macroeconomic stability, according to Mary Nazzal-Batayneh, 17AM co-founding partner and Jordan country head.

What’s more, Jordan is referred to as the Silicon Valley of Middle East and North Africa. An estimated 59 venture capital funds have invested in 95 Jordanian companies in the past 5 years through 109 capital rounds, Nazzal-Batayneh adds.

Low returns and perceived high risks, however, are said to dissuade large-scale private investment in Jordan. In order to lower risk and increase returns for its LPs, 17AM is using blended finance to help re-allocate the real and perceived risk of an investment into the country, Nazzal-Batayneh says. “The large aid flows into the country, when structured within a blended finance vehicle, can have a multiplier effect, attracting a disproportionately large amount of private capital.”