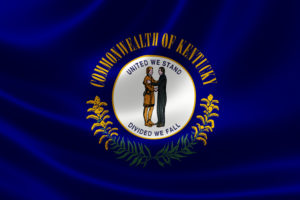 Something unusual is happening in Kentucky.

Blackstone and KKR – along with advisors and representatives of the Kentucky Retirement Systems – are being sued by Kentucky’s attorney general, who alleges they breached their fiduciary duty to the state pension, channelled pensioners’ money into unsuitable, high-fee investments and generally contributed to its dire performance.

The first thing to note is that these relate to hedge fund mandates, so while the names on the docket are familiar, this is not a private equity issue.

The AG’s suit is a revival and expansion of an older lawsuit, brought in December 2017, which was dismissed earlier this month (this article has more detail). A spokesperson for Blackstone expressed surprise at the AG picking up a case already dismissed by the Kentucky Supreme Court: “As we’ve demonstrated repeatedly, these claims have absolutely no merit.” KKR said something similar.

The fact this suit is being brought pursuant to state, rather than federal law creates greater possibility of success for the plaintiffs, one lawyer tells me. The prospect of a trial is not an appealing one: the defendants will certainly want to see the suit dismissed rather than find themselves having to persuade a jury of Kentuckians that their pension fund does not deserve recompense. But that is some way off yet.

It is highly unusual for a limited partner to sue its managers. But we are heading into an era in which performance for some funds may be severely challenged. While GPs cannot be sued for poor performance, it is possible that investors hurting from losses may one day start to look for breaches of fiduciary duty or evidence of style drift as grounds for a claim.

Kentucky’s state pensions happen to be in an unusually dire situation; as the original suit outlines, they have gone from having a $2 billion surplus in 2000 to being among the worst funded in the country. Other retirement systems in better shape – with more to lose – would be more cautious about suing their managers.

And as the same lawyer put it: this cannot be dismissed by the private equity and hedge fund industries as a trifle. It if gets traction, then it could pave the way for other state pensions to follow suit.