For an institution like the Church of England, ensuring investments are managed in keeping with its ethical principles could hardly be more important. Indeed, as the Church has found several times in the past, any investments in activities that are deemed unethical can bring serious reputational harm.

The Church of England Pensions Board invests funds of £2.5 billion ($3.25 billion; €2.92 billion) on behalf of around 40,000 people who have worked for the Church. It foregoes investment in companies that have significant involvement in gambling, alcohol, tobacco, pornography, defence or high interest rate lending.

Naturally, avoiding these excluded categories – and other potentially problematic investments – is more complicated when it comes to private equity investing. However, the performance of the CEPB’s public equities investments has been volatile in recent years; its FTSE 100 vehicle suffered an 8.7 percent loss in 2018. With private equity providing far stronger and more reliable returns, the CEPB is working with Cambridge Associates to increase its holdings to a target allocation of 7 percent. We spoke to Stephen Barrie, deputy director of ethics and engagement at the CEPB, about how an institutional investor can put its money in private equity but remain faithful to its values.

How do you approach responsible investment?

We’re a Christian institution – it’s part of our ethos to think about our responsibilities in relation to the way we invest. And we think there’s a case to be made on fiduciary grounds, in terms of risk-adjusted returns over the long term, for ESG and responsible investment to be incorporated into investment decisions. Our current priorities are climate change and the extractive industries. We also do a lot of work on corporate governance, mostly in public equities.

Why not divest from fossil fuels?

We have a nuanced approach. We have a policy from 2015 that sets out disinvestments from thermal coal and tar sands, on the basis that they are the most carbon-intensive sectors. But there’s a very big emphasis on the role we can play as a Church investor in contributing towards the move to a low carbon economy. We want to be at the forefront of driving the transition.

The Transition Pathway Initiative, which we co-founded back in 2017, is a key pillar of our intervention on climate change. It allows us to assess publicly listed companies in 12 sectors on their management quality and their performance in relation to transition. We have committed to using the TPI to guide further disinvestment decisions based on climate change, and we’re also working with FTSE Russell on developing a passive index that incorporates TPI assessments so that we can have a TPI-aligned passive product.

How can you ensure that your private equity investments respect the same ethical standards as your investments in public equities?

We’re at a fairly early stage of our private equity journey.

We’re only a couple of months into a 10-year mandate with Cambridge Associates – we’re working with them on a discretionary basis. They told a very good story on how they’d be able to work with us to encourage good responsible investment behaviours among GPs in relation to the underlying companies.

We ask about GPs’ ability to avoid the categories of investment that we’ve excluded. That’s a core part of the conversation. We require all our managers to have the capacity to analyse, understand and act on ESG criteria.

Partly because of the blind-pool risk, we’re investing quite a lot of trust as well as money in these managers. We have to be assured that they respect the excluded categories that we have.

All our investments in private equity so far can be described as impact funds. We’ve not set a percentage threshold coverage, but it’s definitely part of the brief for Cambridge to find GPs that run positively impactful funds.

We think that GPs have got the opportunity for greater influence on the portfolio companies. There are opportunities for excellent responsible investment practices in private equity – the model is corporate governance based.

For more than 40-years, an 86-metre-high dam had towered over a mine site near Brumadinho in south-eastern Brazil.

Behind the dam wall lay millions of tonnes of waste, known as tailings – the detritus of decades of iron ore extraction carried out by Vale, one of the world’s largest mining companies.

Then, on 25 January, 2019, without any warning for those living and working nearby, the dam wall collapsed. Ninety seconds later, hundreds of mine workers were engulfed by a tsunami of toxic sludge that carved a trail of destruction through the surrounding farmland. An estimated 270 people lost their lives.

Stephen Barrie was not entirely surprised. The Church of England had been engaging with industry stakeholders on tailings dam safety for the previous two years. “We were not reassured that the investment community had a good handle on tailings dams,” he says. “There was no global public registry, reporting was pretty patchy and all around the world there were different regulatory regimes.”

As soon as the mourning period was over, Barrie began working with a new urgency to demand changes. “We issued a call for there to be a new global standard on tailings dams that incorporates a classification of dams based on the consequences of failure. We wanted a global, independent, accessible standard.”

The result was the Investor Mining and Tailings Safety Initiative, a project incorporating institutional investors in the extractive industries, asset owners and asset managers, and co-chaired by the CEPB.

Within weeks of the disaster at Brumadinho, Barrie’s team was pressuring mining companies for information on the state of their tailings facilities. “We wrote to all of the listed oil and gas and mining companies that we could find, 726 of them, to ask that they disclose all of their tailings dams.” By early November, 73 percent of the mining industry by market capitalisation had responded, with 55 percent providing full and public disclosure.

The CEPB is now working with its partners to collate the disclosures into a global tailings database. Barrie’s aim is to make this “accessible to community members, regulators and investors, so that there’s one place where you can go to find all the information on tailings dams”.

It’s one thing for an institutional investor to put pressure on publicly listed companies, and another to influence a company that it indirectly invests in via a private equity fund. But Barrie is certainly in no mood to stop trying.

“Recently we’ve been working with one of our managers and their equity analysts who were going to meet a company that we were invested in but had not responded to our tailings disclosure request,” Barrie explains. “They were able to make that request directly, following up on the letters we had sent. We’ve now seen some movement and we’re expecting a report from that company.”

The key, says Barrie, is for a responsible investor to select GPs it can continue to engage with throughout the lifecycle of the fund. “We want to work closely with our asset managers and we brief them on the things we are working on, particularly our stewardship priority topics,” he says. “We challenge them if we see a portfolio company that has surprised us in terms of their ethical approach.” 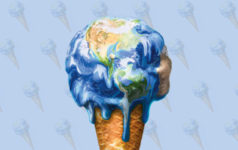 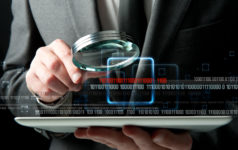 Debevoise: Directors have a duty to take ESG into account

Investors 2 hours ago
Added to your Saved Articles
Loading
Unsave Article
Please confirm you would like to remove this article from your saved articles.
Share with other subscribers
Only logged in subscribers of this site will be able to access the shared article.